I Love Stories Like Bucs WR Jaydon Mickens’, Who Went From Living In His Car To Being A Super Bowl Champ 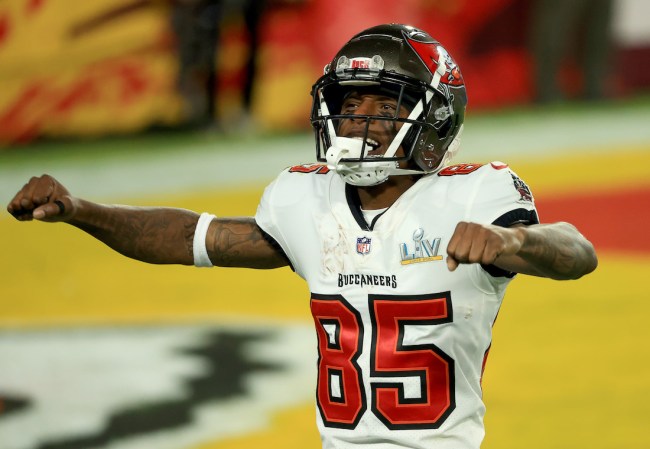 I’m a sucker for a heartwarming story, so when I came across the news that Jaydon Mickens used to live in his car — like, as recent as 2017 — it grabbed my attention. The Tampa Bay Buccaneers wide receiver/kick returned didn’t let his misfortunes keep him down, though, because he went from pinching pennies to playing in (and winning) Super Bowl 55.

So how did Mickens end up sleeping in his car in the first place? After joining the Jaguars’ practice squad three years ago, the wideout couldn’t find an apartment with short-term lease flexibility. At the drop of a hat, he could go from Jacksonville to a team across the country or, worse, unemployed, and he couldn’t afford to move all over the place on a practice squad salary. So he got… creative.

Talking to Sports Radio 950 KJR in Seattle, Jaydon Mickens described his experience, saying his car was often parked in the parking lot of the Jags’ stadium, Everbank Field. After Hurricane Irma hit the city, many apartment complexes needed more financial security and longer leases from potential tenants, and the undrafted wideout couldn’t provide that.

Mickens said he hung out at teammate Marqise Lee‘s house until around midnight and then went to the gated lot at the stadium and would stay in his car from around 1 a.m. until 5:30 a.m. before going into the facility for work. Mickens said fellow receiver Larry Pinkard did the same thing.

That’s absolutely remarkable, guys. To think Jaydon Mickens survived living in his car and still performed at a high enough level to play in the NFL is something. It really goes to show how determined he was, and how he wasn’t going to let anything get in his way of playing in the league.

Fast-forward to today, and Mickens can call himself a champion, as he had three kick returns for 75 yards in Super Bowl 55 for the Buccaneers. As one might imagine, it all feels like a dream considering where his NFL career began.

“Man, it honestly doesn’t feel real. It’s very surreal,” Mickens said of winning the Super Bowl. “I haven’t won a championship since probably 2004, my Pop Warner days. This is something that I’m not used to but it’s something I knew we were able to accomplish through everything we’ve been through this season. But it doesn’t feel real.”

After paying his dues and doing whatever he could to survive, Jaydon Mickens can have a little more financial relief these days after landing a multi-year deal with the Buccaneers. So cool, and definitely somebody who’s easy to root for.