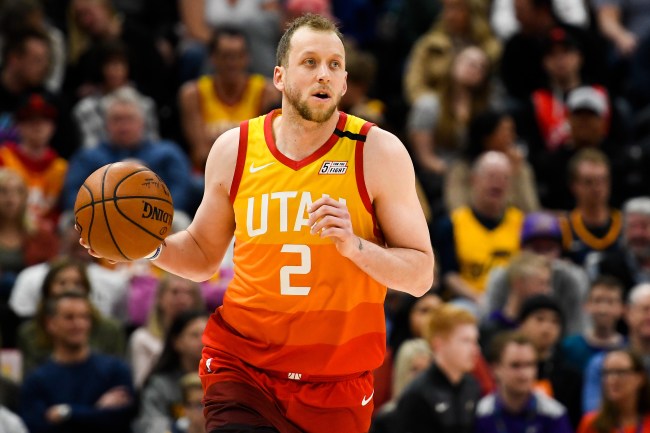 There’s growing momentum within league circles that the NBA season will resume play sometime in July but the Utah Jazz may be without one of their stars during their playoff push.

On Wednesday it was reported by the Athletic that the NBA was planning on having players practicing late in June for a potential target date in Mid July in Orlando.

According to The Athletic, Silver told players that he hopes there will be daily testing but he doesn’t expect to isolate them from the rest of the world if the season does restart.

NBA commissioner Adam Silver informed players on a May 8 call that he hopes that the league is able to have daily testing, no stoppage of play if and when a player tests positive, and isolating anyone who does test positive in a quarantine. Silver also told the Board of Governors last week that he does not expect a “medical bubble” — but an environment in which people can re-enter and undergo retesting.

Ingles, a key member of the Utah Jazz who sit in fourth place in the Western Conference, has said he is prepared to “walk away, fly to Australia and never play another game in my life and be very content with it” to protect his family from the virus.

His wife, Australian netball great Renae Ingles, is expecting their third child and four-year-old son Jacob has autism and a weakened immune system.

While speaking during his weekly radio appearance on 1280 The Zone, Ingles revealed that he hadn’t gone to the Jazz’s practice facility to take part in voluntary workouts citing that he’s still trying to get more information before potentially putting his family at risk.

Obviously the secret of Renae being pregnant was a big part of it,” I “It’s not worth it. I’ve got a gym, I’ve got everything I can do. Basketball-wise it’s a bit more difficult but I think as we go along and find out more information about this whole thing it’ll make a decision easier. But there’s no way I’m willing to risk my children and Renae and all that to go and shoot a basketball.”

Update: Ingles says that He will trust the NBA’s judgement if thet decide to restart the season because he

For context, I said this over 2 months ago when we knew nothing about the virus & what it could do. I know the Jazz/NBA would only have us play if they were confident that everyone's health has been put first. When it's safe to go back and play, I will not let my teammates down! https://t.co/zNonZRJHsN