J.D. Davis Claims He Was Totally Unaware Of Any Sign-Stealing Tactics, Internet Digs Up Footage To Prove Otherwise 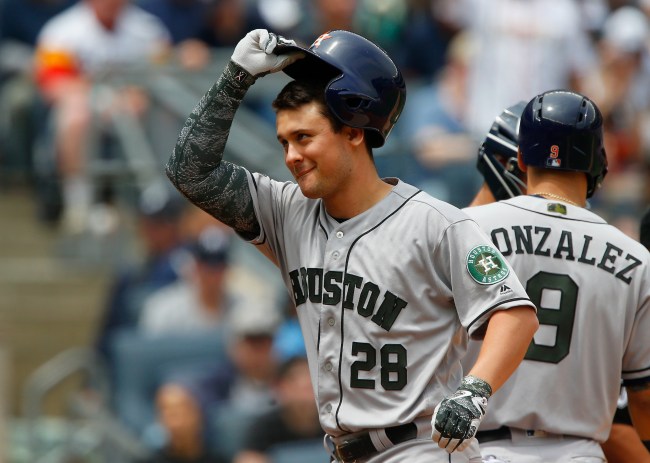 J.D. Davis is making Keanu Reeves look about as flexible as a Greyhound bus customer service representative by bending the matrix to make us believe he was too shitty of a baseball player with the Astros to benefit from the alleged systematic cheating.

Now a third baseman for the Mets, Davis began his career in Houston and won a World Series with the team despite only appearing in 24 games.

On Wednesday after playing the elf during the New York Mets’ holiday children’s party, the 26-year-old maintained that he was not aware of any electronic sign stealing by the Astros in 2017, and cited his naivety and underwhelming production as proof of his innocence.

“I have no idea, I was kind of the freshman among the seniors,” Davis said. “I have no idea what was going on or what’s really happening. That is MLB’s investigation.

“I wasn’t aware of anything and even if there was I wish I would have known, because I batted only .180 or .200 or something like that, but I really have no clue.”

Davis was selling himself short. He batted .226 with four homers and seven RBIs in 62 at-bats with the Astros. If he’s lying about his batting average, what else is he lying about???

This sounds like a job for [hit the music] Internet Sleuths.

Footage has since been provided that seems to confirm Davis benefitted from a reported tactic the Astros executed where they used an outfield camera to relay catcher signs to a TV near the dugout. Players and coaches would then reportedly bang on a trash can to tip a batters to upcoming pitches.

Turn you volume up and you can hear the bang to signal a change-up.

From a guy who would cheat on a blood test, it would be hypocritical for me to criticize someone for trying to get an advantage. I started wearing my Livestrong bracelet after the Lance Armstrong roid allegations came to light.

But a cheat knows a cheat and I can smell J.D. Davis’ bullshit from the cheap seats.