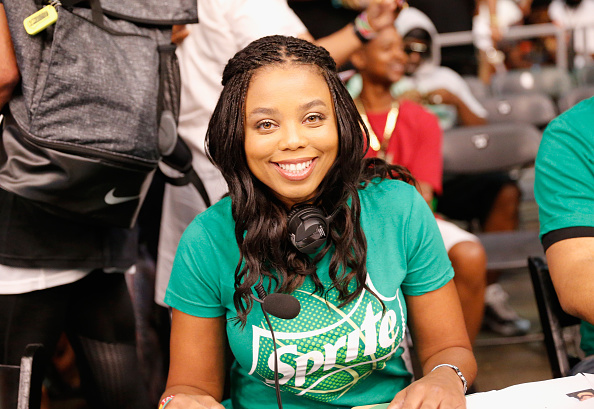 Last month it was reported that former SportsCenter anchor Jemele Hill had “amicably” parted ways with ESPN after reaching a buyout with the organization according to a report from James Miller.

According to Bossip.com Hill was able to secure a $6 million buyout from ESPN and is now looking to start her own production company.

BOSSIP can exclusively confirm that Hill will receive just shy of $6 million from ESPN to fulfill the multi-year deal she signed in 2016.

Jemele and her long-time friend and now business partner, Kelley L. Carter, recently launched their production company, Lodge Freeway Media, and will be concentrating on future endeavors that speak in their honest and socially-conscious voice

Over the last several weeks, there have been a lot of rumors about my job status. Today is my last day at ESPN.

More from me on closing one of the most special chapters in my life: pic.twitter.com/jReaH5sWhW

Now that Jemele Hill is no longer employed by ESPN she has no problem clapping back at Twitter trolls who have made her life hell in the past.

I feel like i need to say this now as a warning. I was going out of my way not to cuss some of y’all out because I had a job and a corporation to represent. But now, I don’t have one. So I’m good with calling you a fuckboi. https://t.co/38gloPN4zw

The Internet was amused by an unfiltered Jemele Hill.

*when you can finally call people on twitter fuckbois* pic.twitter.com/Oq0cYduWTD

Pretty or Petty I am so here for alllll of it!! 🙌🏾🙌🏾🔥@jemelehill pic.twitter.com/pyq3RdXv4U

Jemele with the gloves off??? pic.twitter.com/ChHiHcmM6D