Alex Trebek And ‘Jeopardy!’ Took A Savage Shot At The Detroit Lions 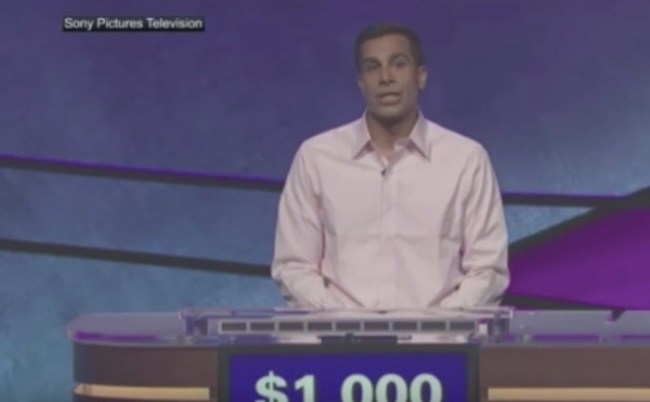 Winning a Super Bowl is the ultimate achievement in American sports. We could spend all day arguing which major sports championship is the most prestigious: World Series, Stanley Cup, NBA Championship, or Super Bowl. And I’d tell you to follow the money.

The Super Bowl brings in the highest paying sponsors and it’s not even remotely close. It’s the biggest TV event in American sports and it’s not even close. Sure, it’s a 1-day game vs. 7-game series of the other major sports championships but it’s still the most prestigious in America.

Unfortunately for a handful of NFL teams, they’ve never even played in a Super Bowl. Those teams include the Browns, Jaguars, Titans, and the Detroit Lions. There are seven more teams who have played in but haven’t won a Super Bowl, but we aren’t here to talk about them, we’re here to discuss the Detroit Lions getting roasted by Jeopardy! last night.

Did Jeopardy! really *need* to take it this hard to the Detroit Lions? Probably not. Did it make for great TV? You’re damn right, it did. Here’s the clip on YouTube, Twitter, and Instagram so you can choose your preferred medium of watching.

The #Lions have struggled so much throughout their history that even tonight's Jeopardy episode threw shade at them: pic.twitter.com/5FZglXG95W

Naturally, everyone on Twitter had something to say about Jeopardy! roasting them alive. The hot takes and jokes came in quicker than anyone could keep up with.

Hey, Detroit Lions fans — you might not want to watch Jeopardy today 😬 pic.twitter.com/kuYf43Wqsl

A rare sports question on Jeopardy that someone got right. Even nerds know the Lions suck.

This might’ve been easier for Detroit Lions fans to stomach if the team wasn’t 4-7 on the season in which they entered Week 1 with aspirations of making the playoffs. Instead, they’re now the punchline of a joke on Jeopardy just days after losing division rival Chicago Bears.