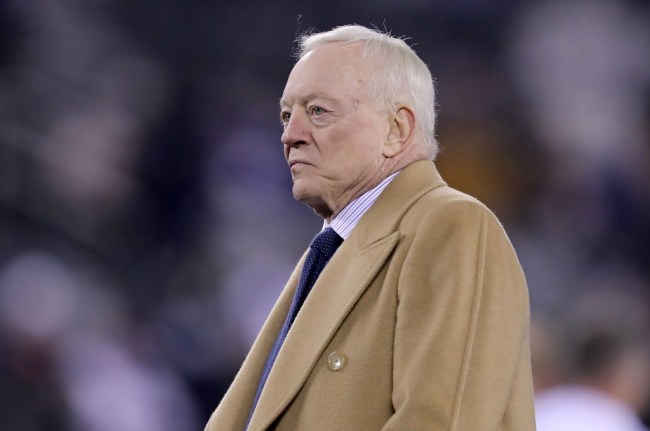 After the Dallas Cowboys finally announced the firing of Jason Garrett, it didn’t take long for the organization to find their next man in charge. On Monday, it was reported that Mike McCarthy had been named the newest head coach of the Cowboys.

After Lincoln Riley and Urban Meyer were linked to the job, McCarthy being handed the keys to the team seems like a bit of a boring hire, but it’s pretty clear that Jerry Jones was after a coach with plenty of NFL coaching experience.

According to Don Van Natta Jr. of ESPN, Jones had a pretty strong wish list of very high-profile current NFL coaches for the head coaching vacancy.

After a few Johnnie Walker Blues with Jerry, it’s always advisable not to drive.

Seriously, Mike McCarthy is a big get for the Cowboys. The other NFL coaches on Jerry’s short wish-list are under contract (and would have required costly trades): Sean Payton and Mike Zimmer. https://t.co/9qrgkbyvg1

Both Sean Payton or Mike Zimmer would have been extremely surprising hires leaving their currents posts in New Orleans and Minnesota, but Jones appears to have landed the guy he wanted.

Shortly after the report that McCarthy would be taking over the team, Adam Schefter reported that the former Packers head coach even slept over at Jones’ house following the interview. That’s a pretty strong vote of confidence, to say the least.

Related: The Internet Reacts To Mike McCarthy Having A Sleepover At Jerry Jones’ House Before Being Hired As Dallas Cowboys Head Coach

McCarthy won the Super Bowl as Green Bay’s head coach back in 2010 and made the playoffs in nine of his 13 seasons in charge of the Packers. Going 11-18 over his last two seasons ultimately cost him his job in Green Bay, but he does hold a 125-77-2 record as a head coach.

The 56-year-old is now the ninth head coach in Cowboys history.