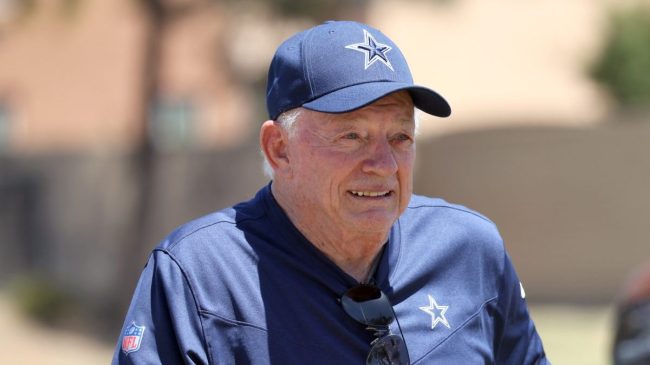 The last week has been pretty difficult on fans of the Dallas Cowboys. In fact, the last 2.5 decades have been tough on fans of America’s team.

The Cowboys all but dismantled a 12-5, NFC East-winning team from 2021. To the surprise of no one, they then went out and got their rear ends handed to them by the Tampa Bay Buccaneers in week one.

In just one week, Dallas tumbled from NFC East favorite to cellar dweller. Much of that has to do with the injury to star quarterback Dak Prescott. Though team owner Jerry Jones doesn’t think Prescott will miss much time.

The ongoing dysfunction has led Cowboys fans to criticize Jones as well as his son Stephen, who serves at the team’s general manager.

But if the owner’s latest comments are any indications, fans better just get used to the mediocrity and enjoy the show.

Jones made his weekly radio appearance on 105.3 The FAN in Dallas on Friday morning. He discussed the growing anger from fans about the team’s performance and said that they should be angry.

But his next comments aren’t going to do anything to quell that anger.

Jerry Jones on @1053thefan on angry Dallas Cowboys fans: "I'd be mad too. … Those same fans know I will never sell this team."

Jones said that he would never sell the team and that fans just have to get used to it. Instead, some fans are deciding to cut bait and run.

love this, now i know we won’t be winning a super bowl for the rest of my life and i don’t have to get my hopes up every year https://t.co/nT7BRXnY4L

Forbes recently named the Cowboys the world’s most valuable sports franchise at  $8 billion. Dallas has led the list since 2016 and increased its value each year.

So it’s easy to see why Jones would refuse to sell. But that’s probably not going to make Cowboys fans feel any better.