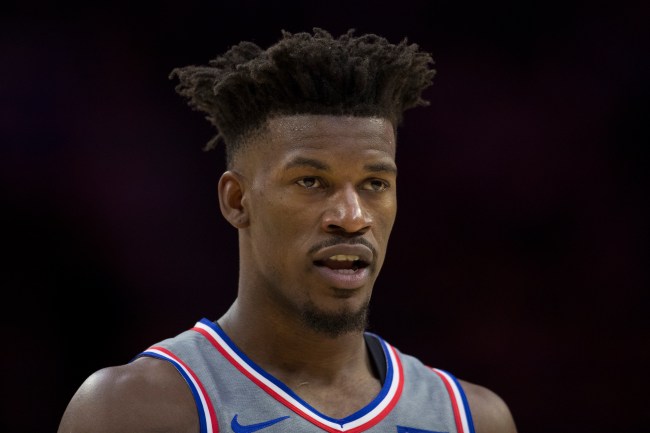 Jimmy Butler was quite the unpleasant teammate while with the Minnesota Timberwolves, all but forcing his way out of town and getting shipped off to the Philadelphia 76ers early in the season. We saw Butler call out management, play with the reserves and talk sh*t to the starters and go after his own teammates — namely young stars Karl Anthony-Towns and Andrew Wiggins. Overall, it was as dysfunctional a relationship as anything we’ve seen on reality TV.

Even though Jimmy Butler’s on the Sixers — and has continued to ruffle some feathers there — people are still talking about how he treated the situation in Minnesota. Specifically, some are wondering the methods with which Butler handled two former No. 1 overall picks, the aforementioned Wiggins and Anthony-Towns.

And, the one guy who most recently spoke up about it? Kentucky head coach John Calipari, who coached Karl Anthony-Towns for a year in college.

Speaking to ESPN’s Jackie MacMullan, Coach Cal talked about how another one of his former players, Derrick Rose, helped keep things 100 between Jimmy Butler and Anthony-Towns, acting as a peacemaker, so to speak. However, Calipari took things a little farther by saying Butler didn’t try to help his former star, but he actually “bullied” him.

Per the MacMullan piece, via SLAM Online, here’s what Calipari had to say.

“I bet that environment was so uncomfortable for him. First of all, he and Jimmy are totally different people — how they were brought up, their likes and dislikes, how they approach competition. You have one guy on this side and one guy on the other side.”

“There are power struggles all the time in [the NBA]. If a guy can bully you, he will bully you. And that’s what Jimmy did to Karl. C’mon, that’s the league.”

John Calipari added that D-Rose “got Karl through that whole Butler mess,” with the ESPN story showing examples of Rose trying to encourage the young superstar. But it’s pretty obvious the Kentucky head coach isn’t much of a fan of how Jimmy Butler treated his former star.

Naturally, the story wanted to know what Jimmy Butler thought of all the negativity being thrown onto his name from Calipari. And, just as you might expect from a guy like Butler, his response was A+.

“He can call me a bully, but when [Calipari] sees me, I’m gonna confront him about it,” Butler continued. “If I’m a bully, I’m gonna bully him, too. I’ll tell him how I feel, just like I’d tell anyone else.”

Who knows why Jimmy Butler’s still as topic of conversation around the Minnesota Timberwolves, but, thankfully, all this high school drama is behind us. But I can’t help but wonder how Butler might try to bully Cal id they ever cross paths. I give the edge to Calpari for some reason. He’s the Don, man.