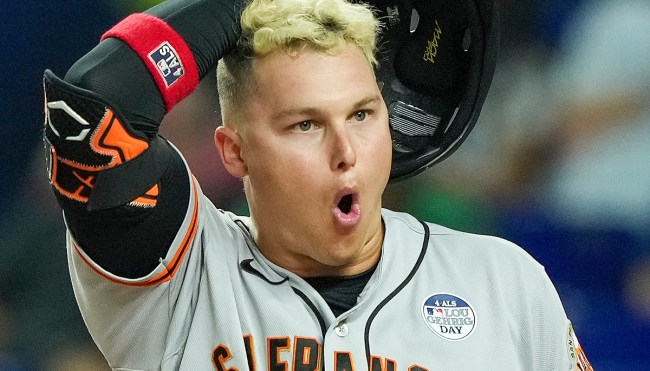 It’s customary for fantasy football leagues to dream up ways of punishing players who end up finishing in last place when the season wraps up.

However, we were treated to a slightly different type of punishment last month courtesy of an incident involving Tommy Pham and Joc Pederson that remains one of the wildest things that’s unfolded during this year’s Major League Baseball season.

The two men made headlines back in May after Pham channeled his inner Will Smith and showed Pederson what the five fingers said to the face when he slapped the Giants outfielder after approaching him as he was gearing up for a game against the Reds.

We soon learned the altercation stemmed from a dispute concerning the injured reserve status of Jeff Wilson Jr. in the fantasy football league the two men competed in last year. Mike Trout (who served as the league’s commissioner) seem to find the situation fairly amusing, but Pham (who received a three-game suspension for the slap) has refused to apologize for doling out the retribution he apparently waited a long time to dole out.

It would appear Pederson knew he was in Pham’s crosshairs last year based on what one of his former teammates had to say while discussing what went down when the Padres hosted the Braves for a series in San Diego toward the end of September in 2021 on a recent episode of The Chris Rose Rotation.

Here’s what Tyler Matzek (who played with Pederson in Atlanta last season) said about the strategy the outfielder deployed to avoid Pham via Larry Brown Sports:

“This was going on all last year. We would hear about this in our clubhouse before this ever happened.

So he just stayed inside the clubhouse, didn’t take BP for three days, just hit inside the cage, and then would come out to the game.”

Say what you will about Pham’s actions, but you kind of have to respect his ability to hold a grudge.