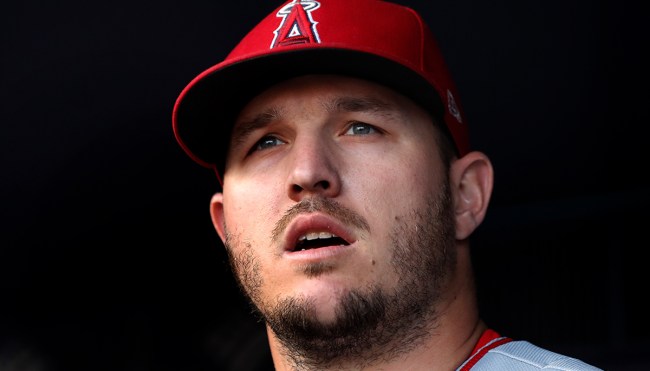 Over the past few years, Major League Baseball has lacked the kind of interpersonal drama that plenty of other leagues have treated fans to on a regular basis. However, that all changed last month courtesy of Tommy Pham.

The Reds outfielder sparked one of the wilder sagas in recent memory at the end of May when he slapped Joc Pederson over some bad blood that had been boiling since the two players had a disagreement over a transaction in the fantasy football league they both participated in last year.

Pham—who was suspended for three games as a result of the slap—also took aim at Mike Trout, who he dubbed the “worst commissioner in fantasy sports” for his adjudication of a situation concerning the injury status of Jeff Wilson Jr. (who chimed in on the matter after learning he was at the center of the drama).

Trout was fairly coy when he was asked about what originally transpired a few days after the physical altercation. However, he was kind enough to open up a bit more while chatting with the Sunday Night Baseball crew when the Angels faced off against the Mets.

Karl Ravech seemed somewhat hesitant to address the topic during an in-game interview before Trout invited him to bring it up, and we were treated to some new revelations while the Angels outfielder spent a couple of minutes discussing the “legendary” fantasy football league.

Trout implied his first year serving as the commissioner of the 12-team league may also be his last, and while it’s unclear if Pham will be invited back for the next campaign, it appears there are more than a few people angling to take his spot thanks to the “waiting list” that has apparently formed since it was thrust into the spotlight.

We also learned Houston Astros third baseman Alex Bregman walked away as the champion when everything was said and done—and it seems like there’s a good chance he’ll have the chance to chime in when his squad faces off against the White Sox on Sunday Night Baseball next week.