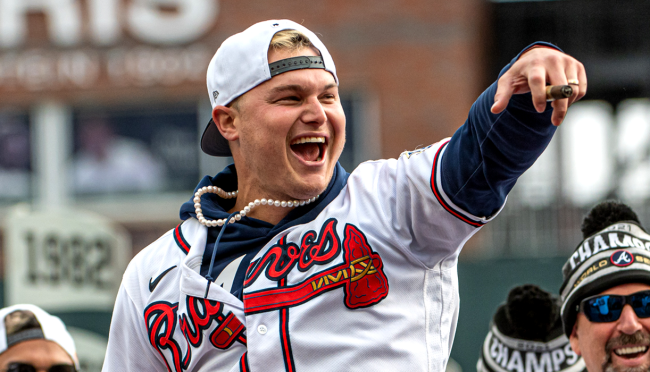 With the 2022 Major League Baseball season getting underway in less than two weeks, some fanbases are very excited to see how their teams will perform.

Others, as is the case year after year, already know that their season is over before it’s even began. (Sorry, Cincinnati.)

As new Phillies slugger Nick Castellanos put it upon his arrival in Philadelphia, “At the end of the day, baseball comes down to ownership. The owner either wants to invest and cares about winning, or doesn’t.”

Another player who changed teams this offseason and understand exactly what Castellanos is talking about is new Giants outfielder Joc Pederson.

Embarrassed for your fan base…be better. If you can’t, sell ur team to somebody that wants to show the fan base and baseball they’re at least trying to compete. Sorry unacceptable pic.twitter.com/n5KZpxgEor

Joc Pederson is right. Those team owners, as well as Major League Baseball as a whole, should be embarrassed. With payrolls like those of the Guardians, Pirates and Orioles, it’s little wonder that those teams can’t draw any fans to their games.

In 2022, there will be 14 PLAYERS making more than the entire Orioles’ roster

The Oakland A’s at $38.1 million aren’t far behind the Guardians on that list of lowest payroll teams.

Making those teams’ pathetic payrolls even more troubling are these facts…

MLB teams now each receive at least $100 million every season just from TV deals. That's revenue before a pitch is thrown.

And that's the minimum TV money. Some teams will get several times more than that just from TV.

Keep that in mind when you see payrolls under $100 million.

The Pirates’ highest paid players at the moment are catcher Roberto Perez ($5M) and 1B/DH Yoshi Tsutsugo ($4M). No Pirates players are under contract beyond 2022.

Baseball fans, needless to say, are, as usual, very annoyed.

This is a small market team. https://t.co/qxZm3yWHua

This is why @MLB and @MLBPA should have negotiated a salary floor. https://t.co/Hb8gnii2Na

Between this and the Astros scandal it’s hard for me to even get invested in the MLB https://t.co/3rvCe6P9Jz

But yeah, you keep doing you, Commissioner Manfred.