Joe Buck Recalls The Biggest Gaffe He Made In The Booth And It Was Far Worse Than His U.S. Open Fail 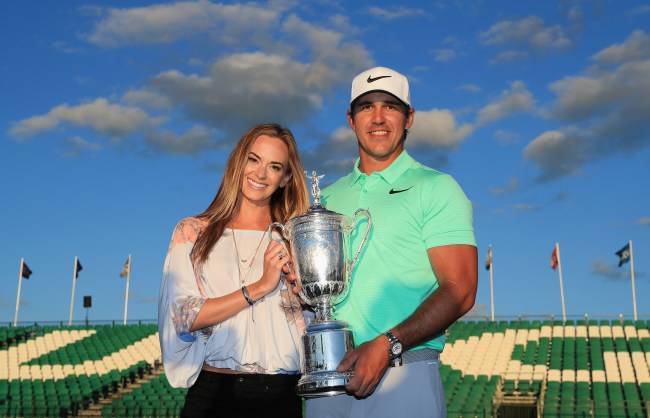 Joe Buck was spanked by the internet for misidentifying US Open champ Brooks Koepka’s girlfriend, actress Jena Sims. As Sims gave her boyfriend a smooch following his $2.16 million payday, the Fox commenter said live on the air that Koepka’s girlfriend is pro soccer player Becky Edwards (his ex) before being corrected by Brad Faxon.

Special day caddying for @BKoepka in the par 3 contest! Wishing you the best this week 😘 #TheMasters. pic.twitter.com/quPpxG9nBI

On Monday, Joe Buck dismissed the gaffe on “The Dan Patrick Show” as shrugged at being mocked relentlessly online.

“I wasn’t up on that information,” Buck began. “I got handed a card by a buddy, who was phenomenal all week, and it had old info on it and you know, we got it right before we got on the air, but that’s not the world we live in these days. You have to do the apology tour, forgetting the week-old girlfriend, so sorry, world.”

Buck then went on to say that he’s done “way worse” in the broadcasting booth, recalling a painfully awkward exchange he had with former Diamondbacks infielder Tony Womack.

“I asked Tony Womack at the end of a Division Series game, when he was hugging a woman down on the field and I was interviewing him from the booth,” Buck said. “Truth be told, I couldn’t really see, but we had just been talking about how he lost his dad on Father’s Day that year. And he’s hugging this woman, and I said, ‘Hey, Tony, I can’t imagine how that feels. Who are you hugging down there, is that your mom?’ And then the needle came off the record and he goes, ‘No, that’s my wife.’

“This is the week-old girlfriend. I think the world will continue to spin, but I just confused somebody’s wife for the guy’s mother,” he continued. “I actually sent her flowers and went down and apologized.”

Hey, good on Joe Buck for shrugging off the haters. Lord knows what I’d have to defend if my every mistake was public information and broadcasted to the world. Yikes.