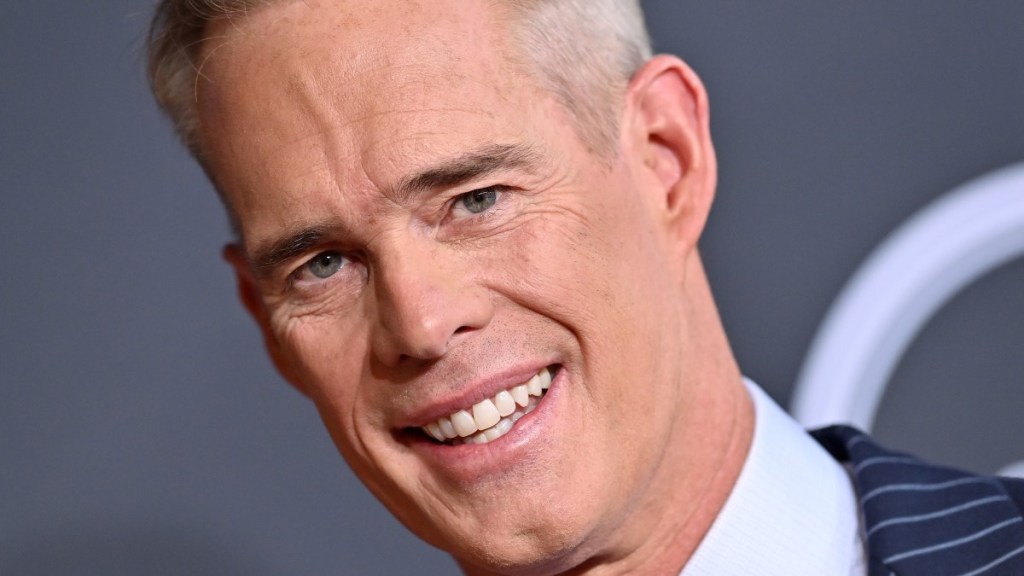 Joe Buck has been a rich man for a very long time but he’s now crossed over into that ‘generational wealth’ realm for the rest of his life. This comes after signing a deal with ESPN worth somewhere in the realm of $75 million while Troy Aikman will reportedly rake in around $92 million.

On this week’s The Marchand and Ourand Sports Media Podcast, Joe Buck (and his new haircut) was a guest and shared a story about running into Tony Romo recently. The story hints at Tony Romo sort of taking credit for Joe Buck’s recent contract and honestly, Tony’s onto something…

This week's podcast posts early tomorrow – with The Big Get @Buck and @TroyAikman.

Joe Buck: “All I know is I saw Romo at the Tahoe golf tournament. I am eating dinner with the guy that I brought there to caddie (for me). (Romo) walks by and all he says is, ‘you’re welcome,’ and then he kept walking.”

Tony Romo reportedly makes around $180 million in a contract that keeps him with CBS until 2030. There’s absolutely NO DOUBT that Romo’s gargantuan contract has impacted every other sportscaster/analyst’s contract since Tony signed his, including the contracts of Joe Buck and Troy Aikman.

I’ve never understood the Joe Buck haters on the Internet. If anyone deserves to get paid in media it’s Joe Buck. He can very competently cover multiple sports, has an impeccable voice, and checks every other box ESPN/FOX are looking for in an analyst, including being a member of the Pro Football Hall of Fame as an analyst.

ESPN had to give up more than just a ton of money to land Joe Buck from FOX. https://t.co/jfdwCmVGrA