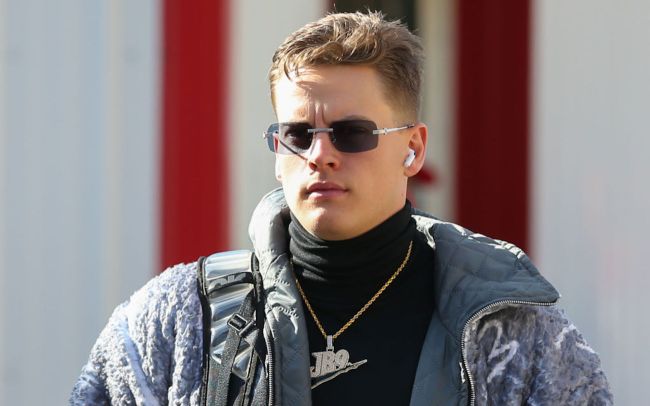 Joe Burrow — a.k.a. Joey Franchise, Joe Brr, Joe Shiesty, Joey B, Jackpot Joey, The Tiger King, Joseph Lee Burrow, according to the Bengals themselves — is officially back, as he’s been doing some media rounds this week for the first time since Cincinnati’s losing effort in Super Bowl LVI back in February.

Needless to say, the former #1 overall pick in the NFL Draft who led a historically average-to-below-average franchise to a Super Bowl in just his second season (behind a leaky offensive line) is feelin’ himself these days, as he knows that he, and his team, are still young, talented, and hungry.

One of the elements of Burrow’s game that’s been praised most are the all-important intangibles: leadership, coolness-under-pressure, moxie, swagger, the “it” factor — whatever you want to call it, the NFL world seems to believe he has it.

And with that self-belief, of course, comes the undeniable element of confidence, which Burrow displayed during a recent podcast interview, telling the hosts that “you [as in NFL players] really don’t want to talk s–t” to him.

“You don’t really want to talk s–t to me. Defensive linemen sometimes [talk trash]. But then I’ll make them miss and they won’t say anything for the rest of the game. Linebackers sometimes – if they get a decent hit on me. There’s definitely some people out there that will give you – more so your rookie year – hit you a little bit after the whistle. Because they know you’re not gonna get a call as a rookie. Because that’s the thing – in the NFL – you’ve got to earn your calls.”  [via Full Send Podcast]

To be fair to Burrow, his comments are actually by some on-the-field evidence, as some fans believe a tough moment in the 2019 Fiesta Bowl — which saw Burrow get leveled by a UCF lineman who then barked at him on his way down the field — is when the quarterback that dominated the AFC this year was actually created.