Joe Burrow Roasts Cincinnati, The City He Plays For, And Some People Were Not Happy 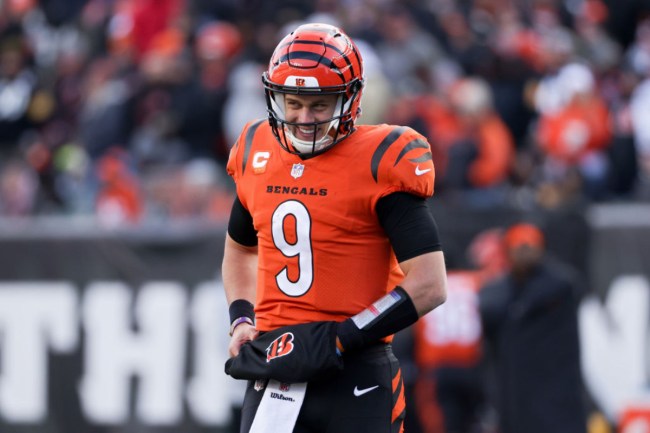 Just in case you haven’t spent more than six seconds scrolling Twitter or watching TV over the past week or so, the entire sports world is getting crushed with positive tests. Several teams have seen an increase in positive cases and games are either being postponed or outright canceled.

Several teams around the NFL have seen a jump in positive tests as well, but the Cincinnati Bengals (knock on wood) have been able to avoid an uptick in positives, relatively speaking.

Joe Burrow has an interesting theory as to why the Bengals have been able to avoid the virus at a pretty good rate thus far: the city of Cincinnati is boring. You can always count on Burrow to be honest.

Burrow was asked why his team has been able to stay healthy and joked that there isn’t really anything to do in Cincinnati, taking an indirect shot at the city he plays for.

Here’s Joe Burrow talking about Cincinnati’s nightlife and the team doing a good job of steering clear of COVID-19 (via @bengals) pic.twitter.com/d3Op1oFJoL

Burrow is of course just making a lighthearted joke here, but when you compare Cincinnati to other major NFL cities it is certainly one of the quietest and smallest.

Some folks on Twitter didn’t think Burrow was joking, however, and called him out for his comments about Cincy.

Kinda want to say he ain’t wrong but this city has come a long way since about 10 years ago https://t.co/JVsYypt7Jd

Tough to blame a kid who grew up in Athens for thinking everywhere else is boring https://t.co/Q7CBjWIF0R

There were, of course, plenty of people that agreed with Burrow’s sentiment as well.