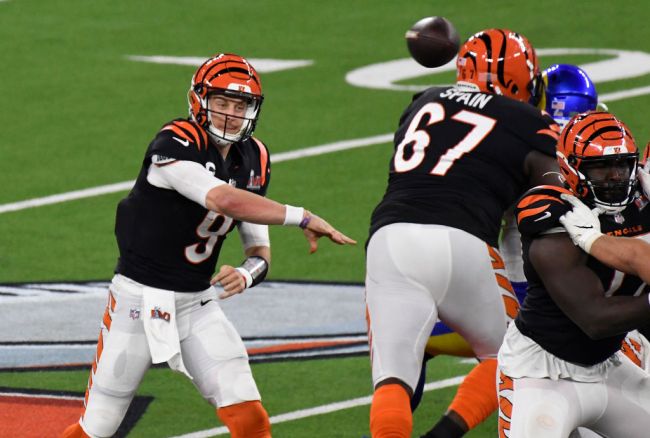 After the Cincinnati Bengals fell short against the Los Angeles Rams in the Super Bowl, the team did something that came under scrutiny from some fans. The team attended an after-party featuring a performance from Ohio’s own Kid Cudi.

The party was the target of criticism from some fans who believed the team should be too distraught after the loss to be out partying. That exact criticism was brought up to Joe Burrow during his appearance today on the Full Send Podcast and he was quick to shut down the idea that team shouldn’t have been celebrating.

“Then after the game I was like, ‘Yeah, it sucks that we just lost the Super Bowl, but we did something really cool’ and I wanted to celebrate with the guys about what we did for the year and all the success that we had rather than, you know, sit in the corner and sulk about the game we just lost”

Then they were expected to lose to the Titans, who they beat in Tennessee. They followed that up by going to Kansas City and stopping then Chiefs from making a 3rd consecutive appearance in th Super Bowl.

They might not have gotten the final result that they wanted out of the season, but what they did accomplish was still incredible and something that they deserved to celebrate. Burrow is absolutely right to stand by his decision to take that time at the Super Bowl after-party to celebrate rather than sulking in a hotel room.