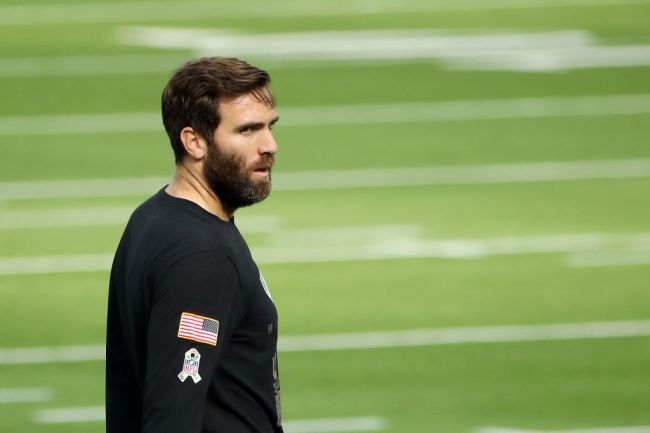 Joe Flacco still believes he has what it takes to be a starter in the NFL. You can’t blame the man, either. He’s only 36-years-old, is a former Super Bowl MVP, and has thrown for nearly 41,000 yards since being drafted out of Delaware in 2008.

Having said that, the fact that Flacco recently signed a one-year deal with the Eagles, which will be the third franchise he’s played for since 2019, shows that his game has dropped off a bit and that he’s now very much in the ‘veteran leadership group’ when it comes to QB’s around the league.

Philadelphia’s decision to sign Flacco wasn’t a bad one, there are far worse quarterbacks to have on your roster. Plus, he could slide into a comfortable spot in being a mentor for Jalen Hurts, but it doesn’t appear that he’s 100 percent on board with that scenario.

Flacco spoke with reporters on Thursday and made it clear that he’s in Philadelphia to play football, and that his job isn’t necessarily to make Hurts better under center.

“Your goal as a football player is to show people around you that you can play football,” Flacco said, according to Martin Frank of the Delaware News Journal.

Flacco later explained that he had exchanged text messages with Hurts since he signed his new contract, but the Eagles had not yet informed him if he’s competing for a starting job or not. Based on his comments, however, it’s clear Flacco wants to fight for that QB1 slot on the roster.

The most likely scenario to play out here is that Hurts is Philadelphia’s starter, Flacco backs him up and he does develop into a mentor for the former Alabama quarterback. With that being said, don’t expect Flacco to just fold over to Hurts.