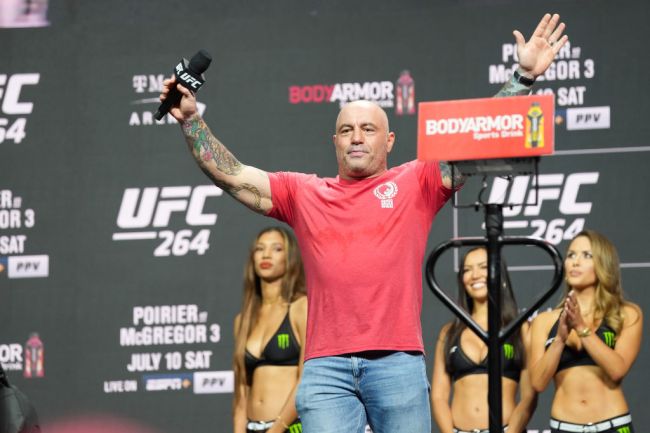 Well before MMA and the UFC gained massive popularity in the United States, Joe Rogan was already emersed in the fight game. Rogan knew things about certain fighters, and their styles, that others, including bookmakers, didn’t. So, naturally, he used said knowledge to his advantage.

During a recent episode of ‘The Joe Rogan Experience‘ with Bert Kreischer, Rogan admitted that he used to gamble on fights, even ones that he was on the call for.

“I used to gamble on fights when I was calling them in the early days of the UFC,” Rogan explained. “Cause there was guys that would come in from overseas…and I knew who they were and I would gamble on them.”

“I was like, ‘is this bad?’ Like I’m commentating and I’m also gambling. I don’t know if that’s smart because I don’t wanna be biased.”

Rogan didn’t just keep all of his inside knowledge to himself, he started sharing his betting tips to friends, specifically his Onnit partner Aubrey Marcus.

The two weren’t just winning bets here and there, either, they were absolutely dominated bookmakers with a winning clip of over 80 percent.

“Guys would come in and I would say ‘oh my god that line is totally wrong, this guy’s a killer.’ And we were at one point at 84 percent,” RoganKreischer. “Where I was just giving him the tips and he was gambling, eight out of ten I would call them right.”

If Rogan was actually winning anywhere close to 84% of his bets he shouldn’t be known as one of the greatest podcast hosts in the world, he should now be referred to as the greatest gambler to ever live.

It’s easy to understand Rogan’s viewpoint now of questioning whether or not gambling on fights he was calling may be frowned upon a bit, but at the end of the day he used his own knowledge and exposed Vegas in the process. He knew certain things bookmakers didn’t and took advantage of an opportunity.