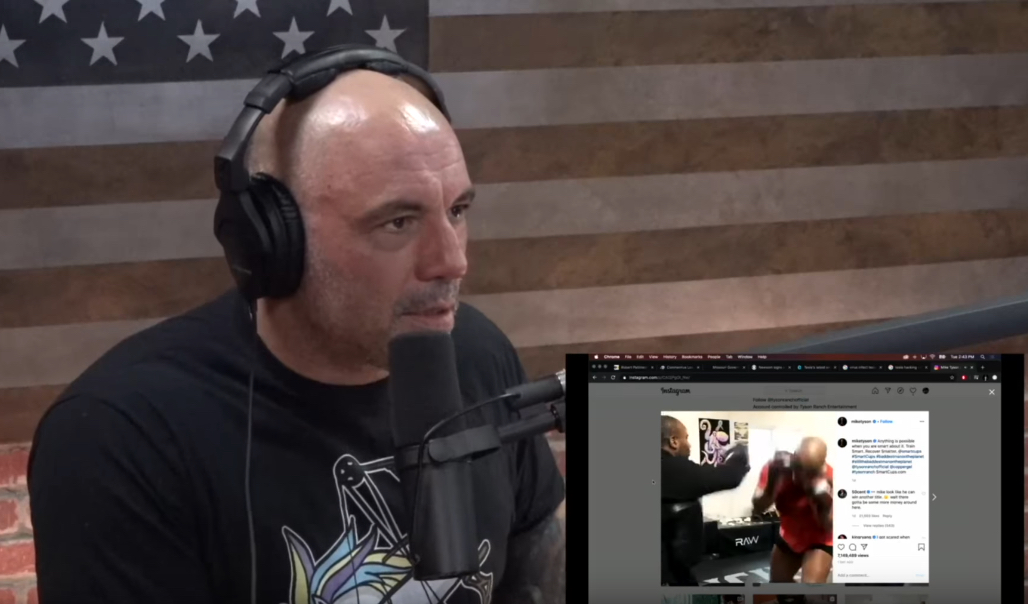 Mike Tyson is serious about a return to the ring and Joe Rogan is jacked as hell over the idea.

Tyson claims he’s officially “back” and wants to fight, and there’s a chance Tyson might mix it up with another former world champion, Evander Holyfield, in the name of charity.

“Get ready for this because he looks fucking sensational,” Rogan tells Papa while his producer searches online for the clip.

After watching Tyson’s recent clip, both Rogan and Papa are scared to death for anyone considering stepping into the ring with the former world champion.

Rogan and Papa then discuss whether Tyson could fight and beat a younger boxer.

Neither guys give a definitive yes or no answer, but both agree that the opponent needs to be a quality fighter.

“You for sure need a guy who is really good at fighting to keep him off you, even if you’re in your twenties,” Rogan says.

Rogan discussed Tyson’s appearance on the show and how the fighter didn’t want to train again because he didn’t want his ego to get reignited.

It looks like Mike’s ego is back, and he wants to murder someone in the ring.

Meanwhile, Rogan is in a fight of his own with the restrictive stay-at-home order laid down in California.

[via The Joe Rogan Experience]