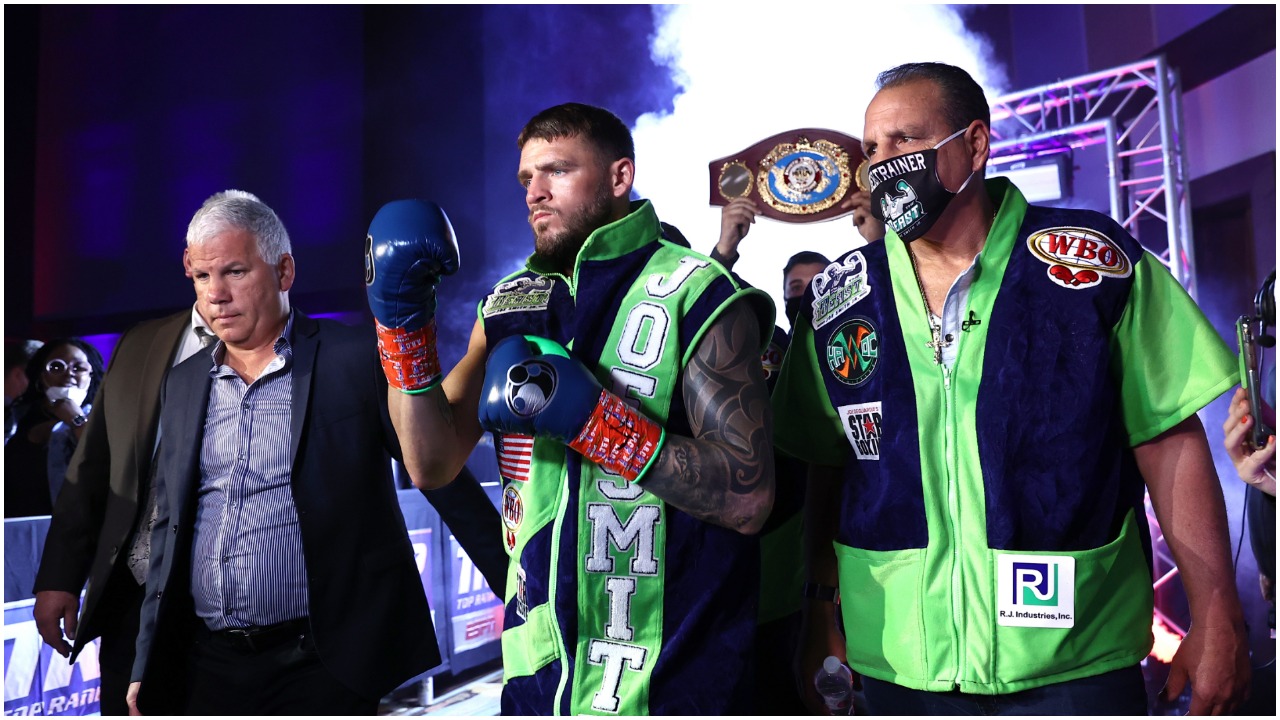 In 2017, Smith was still working construction while fighting his way up the ranks to become a boxing champion.

Between fights, Smith becomes just plain Joe, a member of Laborers Local 66, a union on Long Island. On the job, Smith might sweep a floor one day and break one up with a sledgehammer the next.

Smith has been laboring to make ends meet since he graduated from William Floyd High School in Mastic Beach, N.Y., a decade ago.

Smith no longer has to work construction to make ends meet and is gearing up to face heavy-hitting knockout artist Artur Beterbiev in an important light heavyweight title unification bout on June 18th at Madison Square Garden that will air live on ESPN.

We sat down with Smith to talk about his fight with Beterbiev, his thoughts on Canelo Alvarez/Dmitry Bivol, and a potential rematch against Bivol.

Smith, the current WBO light heavyweight champion, will be facing WBC and IBF undefeated light-heavyweight champion Artur Beterbiev. Considering both fighters are heavy hitters, Smith believes the fight will be a slugfest with plenty of action.

“I believe it’s going to be a tough fight, a lot of action, and we got two big fighters, two big punchers in there, soo it’s going to make for a great fight.

Back in 2019, Smith suffered a notable loss to Dimitry Bivol, who recently beat Mexican superstar Canelo Alvarez at light heavyweight last month. Smith wasn’t surprised by Bivol’s win against Canelo and hopes to get another crack at the Russian boxing champ if he defeats Beterbiev this weekend.

“I wasn’t surprised. I just thought his (Canelo) style was going to match up with Bivol, and I knew Bivol was going to come out on top. I felt that way from before the fight started. I watched the whole thing, and it was a great fight, man. He put on a good performance.”

‘If I get through this fight with a victory, I would love to unify the division against Bivol right away as soon as we can make it happen.

I’ve had a lot of experience since I fought him. I feel like I’ve improved all round, and I just need to stay a little more busy and not look for one big punch.’

As a native New Yorker, Smith will be living out his dream by fighting Beterbiev in front of hometown fans at Madison Square Garden.

Despite not working in construction anymore, the boxing champ still takes lessons he learned from working in hard labor into the ring.

Joe Smith Jr. on lessons he learned from working construction that helped him become a boxing champ "There's going to be days you don't want to get up & go to work & when you get up and do it every day, it just gets easier and easier and good things come from it." @trboxing pic.twitter.com/OUxuBAOGoB

You can Smith take on Beterbiev live on ESPN on June 18th at 10 pm EST.