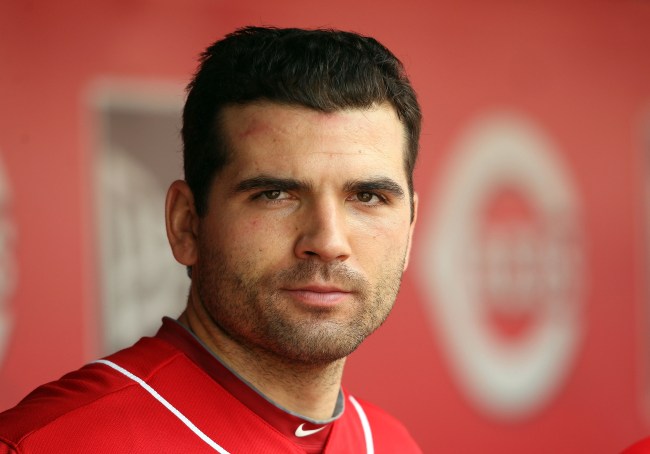 Joey Votto is a man of the people, and he knows exactly what all MLB fans know — that games are way too long, and, because of being so, it makes watching a baseball game boring AF. Hey, that’s not to say most of us still won’t go spend money on cheap tickets and overpay for crappy beers and hot dogs, but it does mean we’re probably not paying attention to a 9-inning contest (or longer) that takes over three hours. Unfortunately, unlike other sports, there’s just not a whole lot of action in baseball.

This leads to a very simple suggestion by the Cincinnati Reds’ first baseman — make MLB games shorter. And, when asked about what MLB rules changes he’d like to see, Votto didn’t mince words, basically admitting that he hates that it takes so long for a baseball game to finish. But it wasn’t his statement that was good, it was his reasoning behind it. Take a look below.

“I don’t care. I just want the games to be faster. Most restaurants close around 9 p.m. or 10 p.m. It’s hard to get a reservation and make it if you’re playing a three-and-a-half-hour game.”

That’s some A+ stuff from Joey Votto; and it’s true. Seriously, nobody has time eating dinner so late, so respect for giving a brutally honest answer.

What makes this thing even funnier is that Votto was asked about potential MLB rules changes, specifically focused on whether he thought players should be able to use video during games, as long as there’s no sign-stealing going on. Votto doubled down, and completely ignored the angle of the question.

“Oh, I have no idea. I guess you didn’t ask about that. You were asking about a policy change. And the only thing I care about is that the games start getting faster. Do anything they want. I don’t care. They can make it a seven-inning game.”

Props to Joey Votto, because, while baseball is great and all, the thought of sitting in a half-empty stadium in Cincinnati when the weather’s still cold AF in early April and all you want to do is chow on some food sounds miserable. Yeah, give me a steak and potatoes instead of a bunch of guys fouling off pitches over and over and over and over…