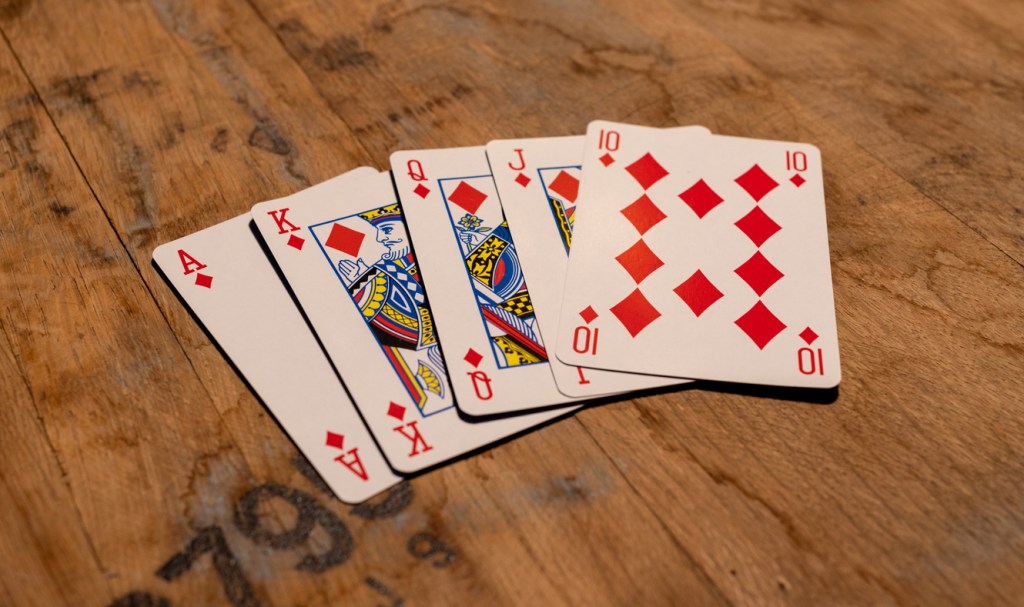 It was a pretty huge weekend in the poker world. Alex Foxen went wire-to-wire in the $250K buy-in Super High Roller event at the World Series of Poker and won his first gold bracelet despite being one of the highest-earning players in the game. And on the other side of town, Joey Weissman hit a Royal Flush at the 2022 BetMGM Poker Championship Main Event final table en route to winning.

I’ve never seen a Royal Flush in person. Most people haven’t. It’s the single best hand in Texas Hold’Em Poker and the odds of it happening are astronomical. I’ve had two straight flushes in my life, one online and one in a live game, but I’ve never even sniffed a Royal Flush.

This hand is a showdown between Joey Weissman and Michael Wang. Wang was a 68% favorite to win the hand pre-flop. The flop didn’t actually bring a ton of help, just one diamond (Kd) and a gut-shot straight draw with the 10 of hearts. But things kept getting more interesting from there… Here’s the video via PokerGo:

Joey Weissman went on to win the 343-person event after beating Paul Hoefer heads-up. He took home $224,236 for first place. And though he won, I’m sitting here imagining a world where he hit a Royal Flush and somehow lost the event. Because in my head, if you get that hand the Poker Gods are basically telling you it’s your day. Go and win, nothing can stop you.

How Rare Is This Hand?

So all of those things other than a shark attack are more likely to happen than ever having a Royal Flush when playing poker.