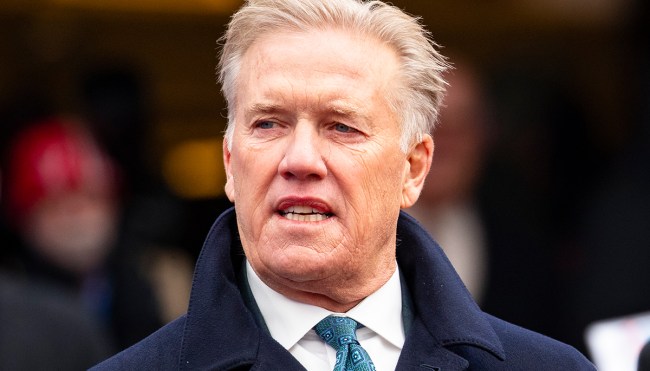 Earlier this week, the Denver Broncos took one of the biggest steps yet toward completing a sale of the team that’s been in the works since former owner Pat Bowlen passed away in 2019.

A number of names—including Jeff Bezos, Magic Johnson, and Kanye West and Antonio Brown—had reportedly expressed interest in buying the team ahead of a Monday deadline that essentially marked the end of the bidding process. However, they were ultimately all outdone by a group of investors led by Walmart heir Rob Walton, who were willing to fork over the largest sum of money anyone has ever paid for a franchise in the history of North American sports.

On Tuesday, ESPN reported the current owners had accepted a final bid that values the franchise at $4.65 billion. When you consider Bowman paid a comparatively paltry $74 million to buy the Broncos in 1984, it’s safe to assume most of its current stakeholders are getting a pretty sizeable return on their investment—and you have to imagine a certain Broncos legend is kicking himself for missing out on what would’ve been a massive payday.

The reported price for the Broncos will be around $4.5B.

That 20% would be worth $900 million, which is 14 times what Elway would have paid, factoring for inflation.https://t.co/bt5Kyr333o

Under the terms of the deal, Elway could’ve paid $15 million for a 10% stake and received another 10% in place of the $21 million in contract money he was due to receive. However, the QB ultimately turned down the proposal, which would have theoretically resulted in him taking home around $930 million as a result of the pending sale.

Interestingly enough, the Penguins extended a similar offer to Mario Lemieux the same year. Unlike Elway, he accepted a deal that converted $20 million of his salary to a 25% stake, and he ultimately netted a cool $360 million when Pittsburgh changed hands last year.

Elway has an estimated net worth of $150 million, so while I’m sure he’ll be just fine, that still has to sting a bit.