From Giving Troy Aikman A Beard To Narrating A Pigeon On The Field, Let’s Remember John Madden’s Greatest Broadcasting Moments 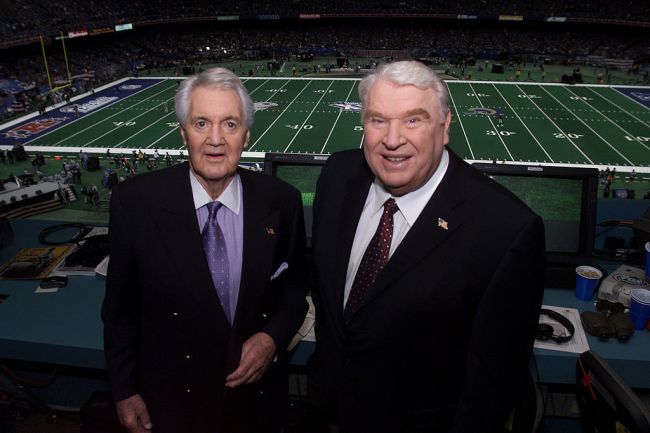 On the evening of Tuesday, December 28, it was announced that legendary NFL head coach and color commentator John Madden had passed away at the age of 85 years old.

“On behalf of the entire NFL family, we extend our condolences to Virginia, Mike, Joe and their families,” said NFL Commissioner Roger Goodell in an official statement. “We all know him as the Hall of Fame coach of the Oakland Raiders and broadcaster who worked for every major network, but more than anything, he was a devoted husband, father, and grandfather.”

While Madden was undoubtedly one of the most iconic coaches in the history of the National Football League, he was equally revered for his time as a broadcaster, having analyzed games for all of the major networks, including CBS, Fox, ABC, and NBC.

Following his time as head coach of the Oakland Raiders from 1969 to 1978 (Madden won Super Bowl XI with the team in 1976), Madden embarked on a color commentary career that made him arguably the most beloved voice in the history of the game.

With news of Madden’s passing at the age of 85 years old, now is as good of a time as any to look back at all of the excellent and often hilarious moments that Madden provided us with during his years as a broadcast.

Pidgeon on the field

Drawing a beard on Troy Aikman

How to slice Thanksgiving Turducken

In honor of the late, great John Madden: "I'll tell ya, what Tom Brady just did gives me goosebumps" pic.twitter.com/4lNX7C510m

Our thoughts are with Madden’s family, friends, and loved ones during this time. Rest in peace.