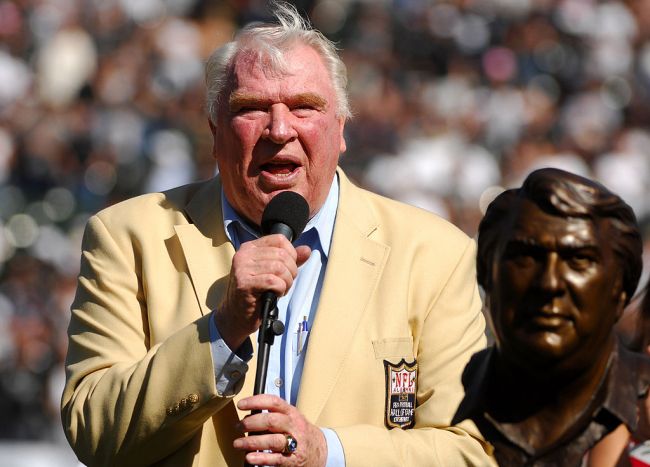 Following the passing of legendary Oakland Raiders head coach and broadcaster John Madden on Tuesday, a strange section of the internet began to bemoan the former Super Bowl winner’s role in the prevalence of concussions in the game, among other perceived slights.

First, an “independent journalist” with over 250k Twitter followers took a shot at the former NFL coach turned announcer for glamorizing brain injuries in his video games. Then, a “doctor” and professor of history at Dallas College took to Twitter to state that the Madden video games “further glamorized violence and dehumanized Black athletes” and helped “to establish plantation cosplay that has grown worse in the era of fantasy football.”

While these takes are preposterous at first glance, they look even worse thanks to this clip of Madden from 1993 speaking out about the dangers of concussions and stating that when a player suffers one, they should not be allowed to return to the game. Madden also pointed to the fact that when a boxer gets knocked out, they aren’t allowed to fight again for another month.

“I think if a guy has had a concussion or has a concussion, he shouldn’t play anymore. I don’t agree with that,” Madden said during a 1993 game between the New York Giants and Minnesota Vikings.

“We always talk about boxing and boxing being archaic, but if a boxer, a fighter gets knocked out, he can’t fight for another month. And sometimes, in football, we say ‘Oh, the guy has a slight concussion, he’ll be right back in’, I don’t know that I ever agreed with that.”

For all the people who want to make Madden & his video game out to be the bad guy or instigator……this was #JohnMadden in 1993 talking about concussions. In 1993!!!

Lose me with the ridiculousness of blaming him. pic.twitter.com/4iaBZ3COf5

The proof is in the pudding, haters. Rest in peace, Coach Madden.