Johnny Manziel Says Nobody, Not Even Tom Brady Or LeBron James, Could Have Saved Him When Things Started Getting Out Of Control In The NFL 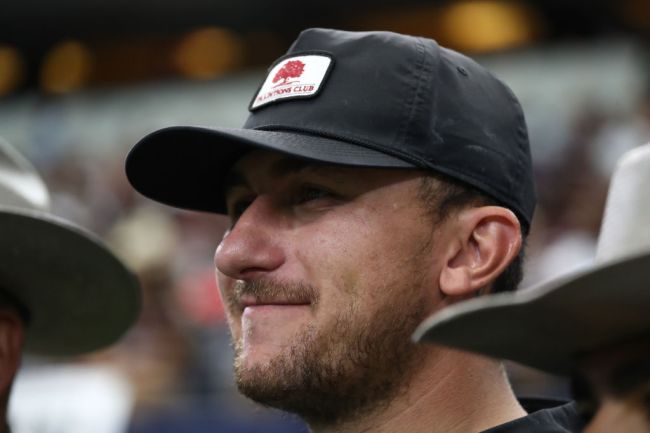 Johnny Manziel is one of the most exciting football players in the history of the game. He sat atop the college football world during his time at Texas A&M before being drafted 22nd overall by the Browns in 2014. Given his playing style, the fact that he was undersized, and his lifestyle off the field, it was no secret that Cleveland took a risk on him, and that risk ultimately came back and bit the franchise as Manziel’s NFL career only lasted two seasons.

Manziel recently started a podcast with Mike Stud called ‘Ball Don’t Lie’ and in the first episode, Manziel opened up about his time in the NFL, and more specifically his expectations and mindset while with the Browns. Now that he looks back on that difficult stretch of his life, he now realizes that nobody could have saved him from himself.

“I was at the point in 2014-2015 when I was playing for the Browns and President Barack Obama, LeBron James, anybody, Tom Brady, no matter who it was on the face of the Earth, if they came up and said something to me, I think it would have been in one ear, out the other type of experience,” Manziel explained. “I had multiple people try to to save me, but at the end of the day, they couldn’t save me from myself because I had this mindset of what I thought it was supposed to be.”

“I thought I could get by doing the bare minimum and still get the perks of being [a professional athlete].”

It’s taken some serious trials and tribulations for Manziel to get to the positive spot he appears to be in today. He got married, got divorced, his NFL career ended, he had stints in the CFL and AAF, and now genuinely seems happy playing in the FCF, chopping it up with a good friend on a podcast, and playing a whole lot of golf.

The 28-year-old has been a part of some mighty deep lows and some extreme highs over the last decade or so, and now he seems to have settled into a pretty solid spot somewhere in the middle.