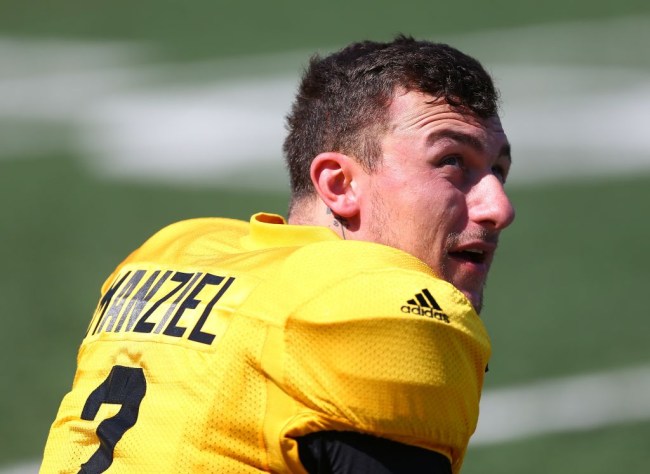 It’s been a long, strange trip for Johnny Manziel, who went from a highly-touted (and high-risk) prospect to one of the most spectacular draft busts in recent memory after a series of personal issues sidelined his career and left him in football limbo.

After doing what he could to get his shit together, Johnny Football announced the #ComebackSZN had officially commenced, and while he managed to eventually find himself on a CFL roster after a fair amount of negotiating, he was banned from the league and forced to attempt yet another resurrection.

Manziel eventually found himself a new home in the form of the ill-fated AAF but then found himself without one following the end of the league’s glorious eight-week run, and with a return to the NFL all but out of the question, his options are quickly growing thin.

However, he might have one more chance in the form of the XFL.

There were rumors Vince McMahon was hoping to make Manziel the face of the league despite other rumors it would be barring players with a criminal record, but based on recent reports, commissioner Oliver Luck appears to be open to him signing with a team—and it looks like the former Brown is very interested.

According to ESPN, Manziel appeared at a collectors show in Houston over the weekend where he provided some updates on his current situation, saying, “I think I’m in a good place personally. I think I’ve been doing the right things. When the opportunity presents itself moving forward, we’ll see how things go.”

He also expressed interest in joining the XFL’s Houston franchise while saying he’d be open to teaming back up with his former CFL coach June Jones in Dallas:

“Coach Jones is a great guy. I enjoyed him from an offensive standpoint, from a personal standpoint. He’s been there for me, especially when I was in Hamilton, getting to a new place, a different country. I enjoyed my time with him very thoroughly, and I think it would be a great opportunity.”

It looks like another #ComebackSZN has officially begun and I for one am very here for it.