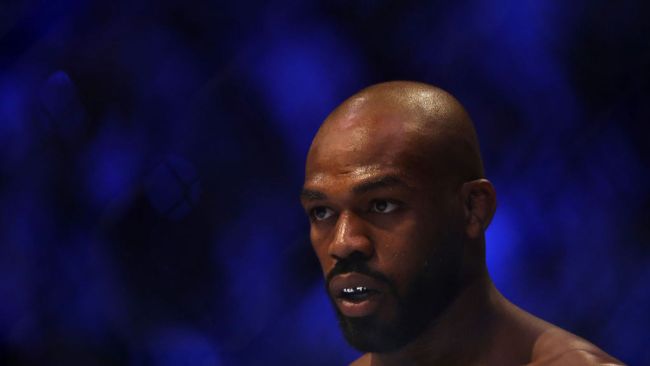 Bodycam footage of Jon Jones’ arrest in Las Vegas back in September 2021 has been released and it paints quite the ugly picture.

Jones, the 34-year-old UFC star, is seen in the video — which was taken back in September — using racial slurs and head-butting a Metropolitan Police Department SUV.

Following the incident, Jones was arrested and charged with a felony count of injuring or tampering with a vehicle valued at $5,000 or more and a misdemeanor domestic battery charge. However, court records indicate that those charged were dropped, according to the Las Vegas Review-Journal.

Jones, who has a lengthy legal history, was being detained on suspicion of domestic violence after a security guard at Caesars Palace noticed his fiancee, Jessie Moses, with a bloody lip and blood on her clothing.

The 34-year-old former champion was staying at Caesars Palace and was located by Metro officers walking on the Strip near the entrance of the property. The video shows Jones referring to one as “Officer Nerd” several times and accused the officers of racial profiling. Jones also targeted racial slurs at black and white officers.

Jones, widely considered to be one of the greatest mixed martial artists of all time, has not fought in the UFC since February 2020 due to his personal and legal troubles. During his UFC career, Jones has won 26 fights and lost just one. Unfortunately for both Jones and MMA fans, a majority of his prime has been marred by issues that have prevented him from competing.