Jon Lester Buys $47,000 Worth Of Beer As A Thank You To Loyal Chicago Cubs Fans 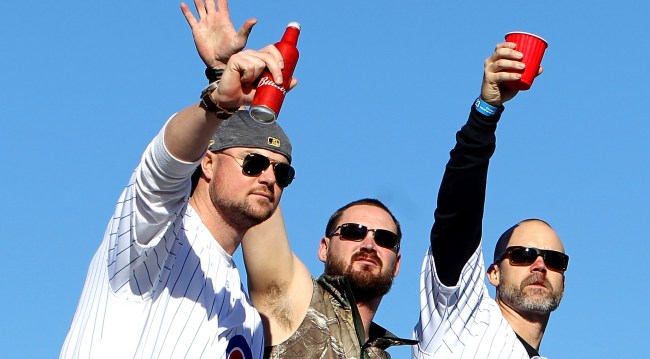 36-year-old Jon Lester may have thrown his last pitch for the Chicago Cubs after the team declined the $25 million option on his contract, making him a free agent.

Lester compiled a stellar 77-44 record with the Cubs, winning 19 games in 2016 and 18 in 2018. Overall, Lester has gone 193-111 in 15 seasons split between the Boston Red Sox, Oakland A’s and the Cubs. Interestingly, Lester’s winning percentage in the American League was .634, while in the National League it is .636. Talk about consistency.

Over the weekend, Lester took to Twitter and offered to buy a round of Miller Lites for Cubs fan at four Chicago bars.

Regardless of what's next I want to thank the fans for the past 6 years. So this weekend (10.30-11.1) Im buying y’all my favorite beer. Make a res at @Hopsmithchicago @LodgeTavern @ButchMcGuires @ShenannigansHOB & your 1st @MillerLite is on me. Just tell em to put it on #JonsTab

“Was kind of brainstorming on what we wanted to do [for the fans],” Lester told ESPN 1000 in Chicago on Friday. “Couple buddies and I were talking and we seemed to always come back to this.”

So many Cubs fans took Lester up on his offer he got a credit card fraud alert.

Thanks for coming out this weekend y’all! Yesterday we added 1,372 ⁦@MillerLites⁩ to my tab, bringing our grand total to 4,838. Shout out to all the bars, their staff, and those cheers-ing from afar! Whether this is goodbye or see you next year, I love you Chicago! #JonsTab pic.twitter.com/OTEIO2gOjc

After Lester announced he would be making this spectacular gesture, we estimated that he might end up with a $20,000 bar tab. Boy, were we way off.

When all was said and done, Lester ended up buying Cubs fans 4,838 Miller Lites and spent around $47,000 (including the 34 percent gratuity he added because that’s his uniform number, which came out to a massive $16,012.27 tip).

“Since Day one it’s been awesome to be a part of,” Lester told ESPN 1000. “They have made my family feel like family and accepted us from the beginning. It’s been a fun ride, and hopefully the ride is not over.”