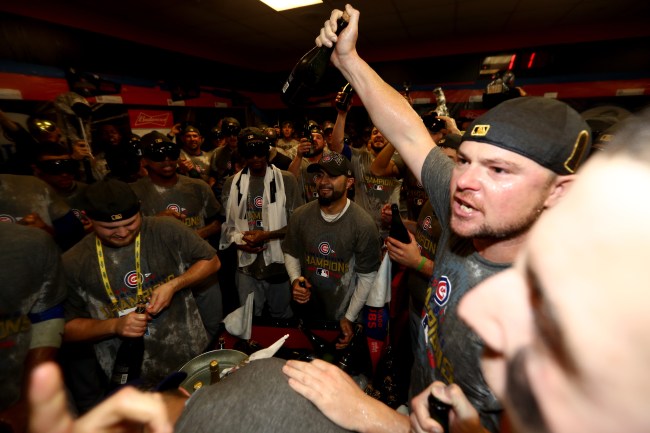 When Jon Lester helped end the Chicago Cubs’ 108-year World Series drought back in 2016, he instantly became a legend within the city. Fast-forward a couple of years, and the crafty lefty is sure to be remembered as one of the all-time greats in franchise history, not only because of what he accomplished on the field, but because of what he’s doing this upcoming weekend as a thank you to Cubby supporters.

That’s because Lester’s picking up the tab at four of his favorite Chicago bars, tweeting on Friday morning that he’s got a cold Miller Lite for those interested, and that all fans need to do is tell the bartender to “put it on Jon’s tab,” after ordering. Free beer? Uh, yeah, who the hell isn’t interested in that?

Regardless of what's next I want to thank the fans for the past 6 years. So this weekend (10.30-11.1) Im buying y’all my favorite beer. Make a res at @Hopsmithchicago @LodgeTavern @ButchMcGuires @ShenannigansHOB & your 1st @MillerLite is on me. Just tell em to put it on #JonsTab

As Lester prepares for free agency, which will likely end his time in the North Side, this is just his unique way of giving something back to the fans. So what better way than a crisp M. Lite Shyamalan to do just that. Brilliant.

Whether this is some publicity stunt with one of his sponsors or not, nobody should really give a damn. It’s. Free. Beer. Plus, talk about a genuine act from Jon Lester, am I right? The dude doesn’t need to buy thousands of people a cold one to say thanks — and, instead, could just take a full-page ad out in the newspaper — but he’s doing something a little different. As a Cavs fans, I sure as hell would’ve liked LeBron James to do this on his way out the door in 2010 prior to making “The Decision” on national TV. It would’ve sort of helped ease the pain of his departure. Instead, we go the shock of him “taking his talents to South Beach.” What a crock.

Anyway, for those interested, Jon Lester has a net worth of just over $190 million, per Spotrac, so it’ll be interesting to see how large this bar tab around the city of Chicago’s about to get. Sure, it’s just one beer for one fan, but, still, let’s say the pitcher’s getting some deal where each one costs $2, and 10,000 people actually show up and take him up on his offer. Doing simple math, that’s a $20,000 bar tab for Big Lest — something he can obviously afford.

We’ve seen pro athletes run up tabs a helluva lot higher than that over the years, so, to all of you Cubs fans out there, do yourself a favor and soak up this legendary move by Jon Lester. It’s all-time, and isn’t something that comes around too often.