Jon Rahm Throws Club In Frustration, Nearly Takes Out A Lady At The Memorial 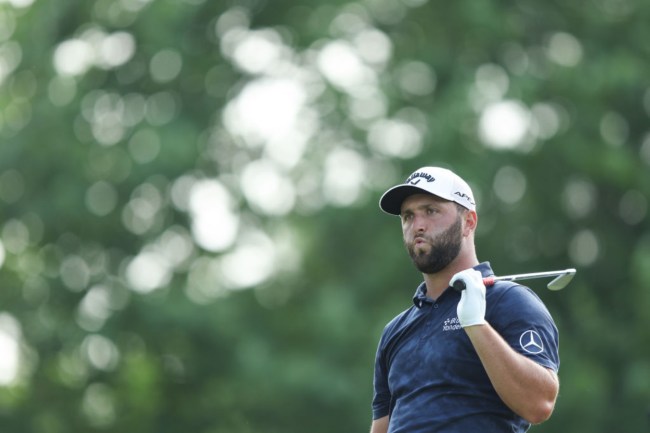 Jon Rahm wears his emotions on his sleeve and isn’t afraid of showing his frustrations on the golf course. While it’s been a while since we’ve seen an outburst from the Spaniard, we saw one during Friday’s second round at The Memorial.

Playing the 11th hole, his second of the day, Rahm pulled his wedge shot well left of his target. After sarcastically saying “amazing line there, Jon,” he decided to toss his club towards his bag. The club took on a mind of its own and took a wicked bounce, nearly taking out the soundperson following his group.

The woman literally had to duck to avoid getting hit by the club. Rahm immediately apologized, while the woman took it in stride, laughing the whole situation off.

John Rahm with a club toss that nearly takes out the mic-holding lady.🫣pic.twitter.com/QdKlsVDC9Y

As someone who has tossed many golf clubs in their day, you never really know how a club is going to react after hitting the ground.

You can toss a club one time and the thing just dies on the ground, while other times, if the butt of the club catches the ground right, the thing can easily fly well past your intended target.

The rule of thumb is to toss clubs away from people, maybe even at a tree, but never in a certain radius of others.