Jon Rahm Reveals He Was Born With A Clubbed Foot, Which Is The Reason Behind His Short Swing 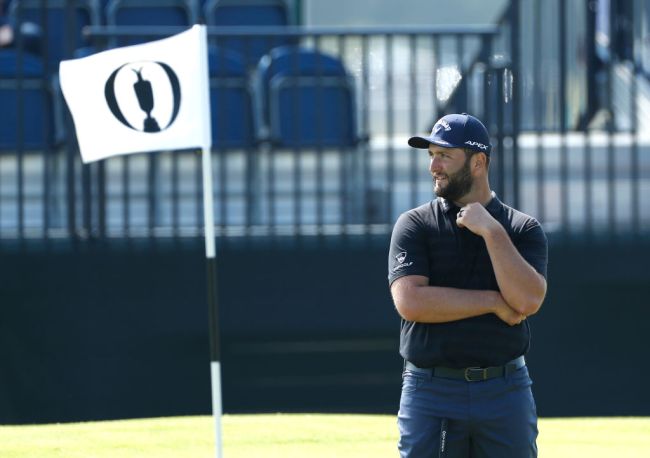 Jon Rahm is 26-years-old, currently the No. 2 player in the world, a six-time PGA Tour winner, and a major champion. You would think that we would know all there is to know about him by now, but that isn’t the case at all.

During a press conference ahead of The Open, Rahm shared that he was born with a clubbed right foot.

As for what prompted Rahm to share that information, a reporter apparently asked him about his short swing. The Spaniard has one of the shortest swings on the PGA Tour, but it more than gets the job done.

Based on his quote, it seems that he hit his boiling point when it came to reporters asking him questions about his unique swing, which then led to him sharing that he was born with a clubbed foot.

“I’m tired of hearing that the reason why I have a short swing is that I have tight hips or other things,‘’ Rahm said. “If you know anything about golf, that is the stupidest thing to say. So, for people that don’t know, I was born with a club foot on my right leg, which means for anybody that’s sensitive about that, my right leg up to the ankle was straight, my foot was 90 degrees turned inside and basically upside down.”

Rahm continued, explaining that doctors basically broke every bone in his right ankle and put his right leg in a cast from the knee down within 20 minutes of being born. This caused his right leg to grow at a different rate than his left leg and his right ankle to have limited mobility, which explains the shortened swing.

“What I mean by limitations is I didn’t take a full swing because my right ankle doesn’t have the mobility or stability to take it. So, I learned at a very young age that I’m going to be more efficient at creating power and be consistent from a short swing. If I take a full to parallel, it might create more speed, but I have no stability. My ankle just can’t take it. The main thing is my right foot. It’s just that ankle does not move much.”

Rahm sharing his story undoubtedly inspired other golfers out there born with the same condition.

Practically anyone that’s ever picked up a golf club has heard the saying ‘swing your swing,’ and Rahm is the perfect example of that.