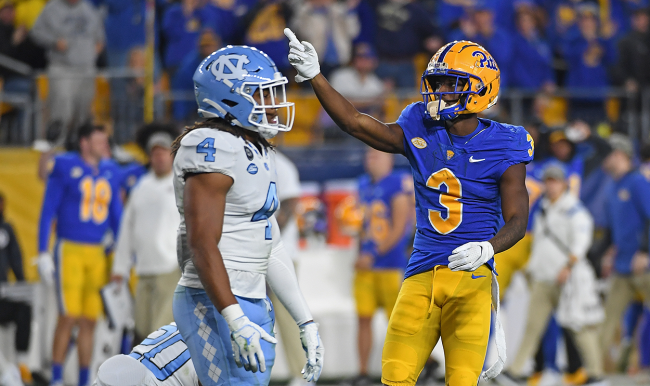 Jordan Addison is the biggest player to enter the transfer portal to date. The former four-star wide receiver was named the best player at his position in 2021 and was given the Biletnikoff Award.

Addison has two years of eligibility remaining, but his quarterback, offensive coordinator and position coach from a year ago are all gone. As a result, he is in pursuit of new opportunities, both on the field and financially, with another program.

Initially, the understanding was that the Maryland-native was going to join his DMV-area counterpart Caleb Williams at USC. Upon enrollment, he was reportedly set to receive a massive deal for his Name, Image and Likeness.

Although that remains the understanding, there are a few other programs who are trying to get into the mix. Among them are Texas, Alabama, Miami and Georgia.

Wherever Addison ends up, he is likely to get paid comfortably. He is already said to have turned down a deal worth nearly $1,000,000 from an SEC East school, so the sum paid out at his next program is expected to be greater than that initial offer.

In addition to his options to transfer, Addison has said that a return to Pittsburgh is not out of the equation.

That, however, seems unlikely after the most recent comments from Pitt wide receivers coach Tiquan Underwood. In a message to fans on Twitter, Underwood offered a very mature outlook on the situation. He asked the Panthers faithful not to bash Addison and wished his star player the best.

No need to bash this young man like it or not this is the new landscape of college football. U take the ⬆️ w/ the ⬇️. I wish JA nothing but the best! He’s humble, talented, & a hard worker. Like I tell the WRs “In life & in football CONTROL WHAT YOU CAN CONTROL!” pic.twitter.com/kJaxVaewoF

Now, maybe Addison does decide to return to Pittsburgh. Maybe the Panthers alumni base opens up its collective (pun intended) wallet and pays the reigning Biletnikoff winner a large sum to stay.

Probably not. Underwood likely would not be making a post like he did if he thought Addison coming back was a possibility. It seemed like both a goodbye post and a calculated effort to clear the air about the situation.

Don’t expect Addison to be at Pitt next year.