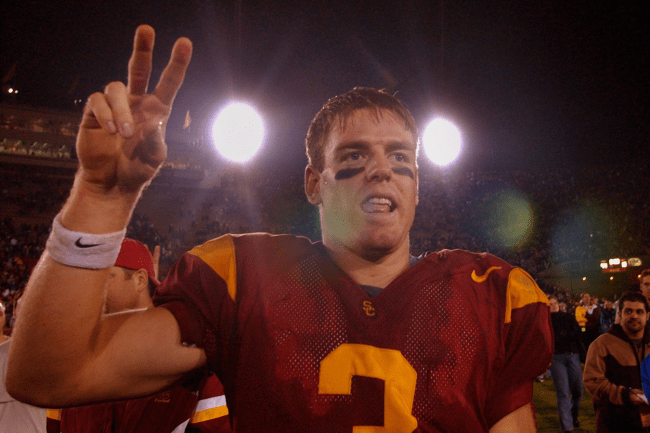 USC football has retired six, really seven, jersey numbers. No Trojan is allowed to wear Carson Palmer’s No. 3, Matt Leinart’s No. 11, Charles White’s No. 12, Mike Garrett’s No. 20, O.J. Simpson’s No. 32, or Marcus Allen’s No. 33. And although it isn’t retired, nobody has worn Reggie Bush’s No. 5 since his playing days.

Although the numbers are retired, they are allowed to be worn with permission from the player who wore it first and Jordan Addison is doing exactly that.

Addison, who was named the Biletnikoff Award winner in 2021 as the nation’s top receiver, transferred to USC from Pittsburgh during this offseason. His recruitment and transfer process came with significant scrutiny. It was rather controversial and rumored to be based around NIL opportunity.

Regardless of what factored into his decision, Addison chose to play for the Trojans under first-year head coach Lincoln Riley.

When Jordan Addison takes the field for the first time in Cardinal and Gold this fall, he will be wearing Carson Palmer’s retired No. 3.

It has been his number for as long as he has been playing football and he was granted permission by Palmer.

However, it did not come without a promise. Palmer revealed what it took for Addison to rock his retired number and it was rather straightforward.

“He promised to work his tail off and represent all that it means to be a Trojan, and that he’d be incredibly humbled to wear No. 3,” Palmer said.

It does not appear that it took too much convincing from Addison. And to be fair, it’s not like Palmer is giving his number to some schlub. He’s giving it to the best wide receiver in the country.

Pressure was already high for Addison to put up huge numbers in his first (and likely only) year in Riley’s offense. Bringing a jersey number out of retirement only heightens those expectations.