This Jordan Spieth Quote Following His Tough First-Round At The U.S. Open Is Both Heartbreaking And Inspiring At The Same Time 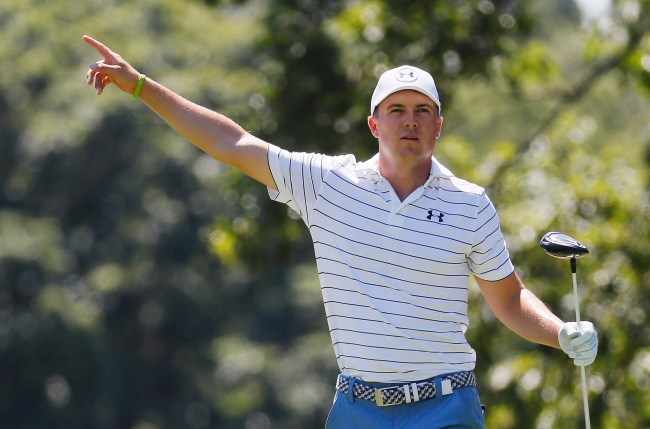 Jordan Spieth has been driving the struggle bus for quite some time now. The Spieth that torched the golf world winning three majors between 2015 and 2017 is missing. Golf is a fickle son of a bitch and nobody can attest to that more than the 27-year-old over the past few years.

Since the 2017 season in which he won three times, including at The Open, Spieth hasn’t found the winner’s circle since and has managed just 12 Top 10 finishes over his last 64 events played. He’s still not even 28-years-old and has won over $41 million in his career already so you can’t feel too bad for the man, but for the past couple of seasons, he’s looked more like a lost dog out on the course than a guy who was the No. 1 player in the world in 2016.

Spieth, now the No. 67 ranked player in the world, has been under the most intense of microscopes since his struggles began. While he’s still making a hell of a living, and popping up on leaderboards here and there, fans and media haven’t been too kind to him as he’s gone from major championship killer to giant question mark.

After firing a first-round score of 3-over on Thursday at the U.S. Open, Spieth was asked about working on the timing and tempo of his swing. While the question was rather straight-forward, his answer was far from it. He let the world in on just how unenjoyable his round was.

“There’s a lot that’s off. I’m not really sure. If I knew, I’d fix it. So I’m kind of just — kind of working through it and looking forward to having a little more time off to figure it out. I mean, yeah, I’m late behind it. The second I try to get back out in front of, it’s hooking, Spieth explained.

“Standing on a tee at the U.S. Open and not exactly knowing where the ball is going to go is not a great feeling. I know you guys probably haven’t experienced that before, but it’s not incredibly enjoyable.”

While that part of his answer was one of the more heartbreaking quotes to come out of a golfer’s mouth in quite a while, he ended his answer by assuring people he wasn’t going to give up. It immediately went from ‘damn, this is tough to hear’ to ‘where are my clubs, I need to go practice.’

“But I’ll grind it out. I don’t ever give up. I have no reason to. I’m here. I feel that, even with not having much tee to green, I can somehow still shoot an even or under par round on this course, and that’s incredible self-belief in the grind.”

At 3-over par, Spieth currently sits in a tie for 91st heading into Friday’s second round at Winged Foot.