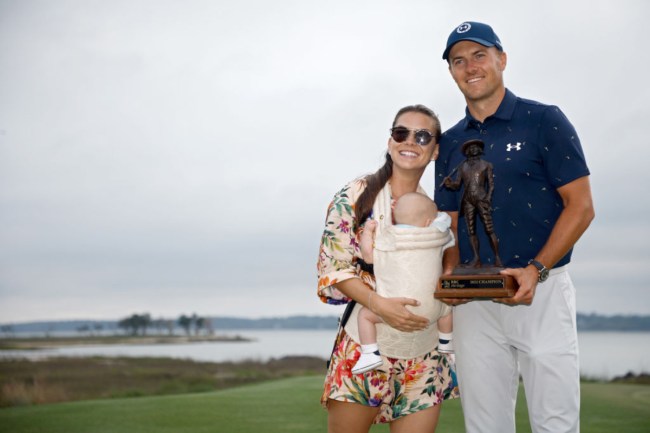 The significant others of PGA Tour players play a pivotal role week in and week out, but Jordan Spieth’s wife Annie really played an important role in his win at the RBC Heritage on Sunday.

Spieth’s third round on Saturday ended horribly as he missed a tap-in putt for par from inside 18-inches on the 18th hole.

For most of the day on Sunday, it looked like that one stroke may come back to haunt Spieth. He ultimately got into a playoff with Patrick Cantlay and won on the first extra hole, and his wife’s advice helped get him there.

“I was about as upset after the round yesterday as I’ve ever been in a golf tournament,” Spieth said about Saturday’s round.

“So, I thought about it today. There were a couple times I was just going to rake it, and I was like, no, I’ve got to take 5 seconds.”

It happens to the best of us.

Spieth has missed his fair share of short putts over the years, but he’s certainly made up for them with incredible putting performances as well. Maybe Annie’s advice will save him a few shots throughout the rest of the year.