Josh Allen Tweeted About His New Teammate A.J. McCarron’s Wife When He Was 16 Years Old, Awkward? 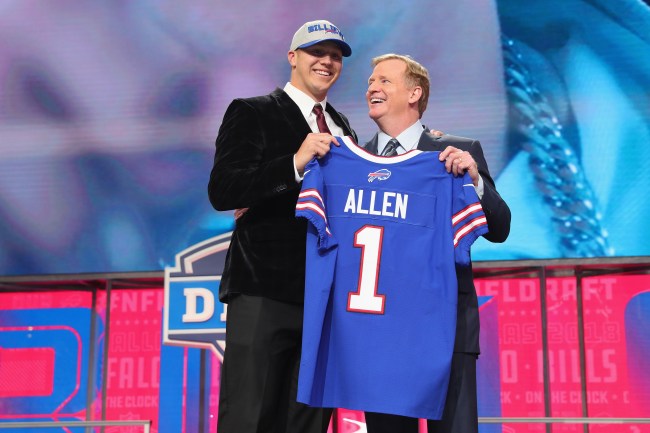 I think I speak for most us when I say that if we were held accountable for the shit we did when we were 16, I may have thought twice about having some “me time” with the bra and panty section of my mom’s Macy’s catalog. Hell, a cursory glance at my AIM profile back in the day would make me want to crawl out of my skin.

Newly drafted quarterback Josh Allen knows what I’m talking about, on a much more public scale, after tweets from his youth were uncovered and exposed the 15-year-old Josh Allen in a negative light.

The Buffalo Bills are hoping the now 21-year-old Allen has shed his insubordinate past, as they chose the Wyoming product seventh in this year’s NFL Draft.

And if fighting for a position wasn’t awkward enough, how about your 2013 self calling your current teammate’s wife hot. Which, in his defense, is an objective statement. A.J. McCarron’s wife, Katherine Webb, is transcendent. Divine. Jaw-melting.

Am I right 193 year old Musburger?

Am I right world?

Yes, I am correct.