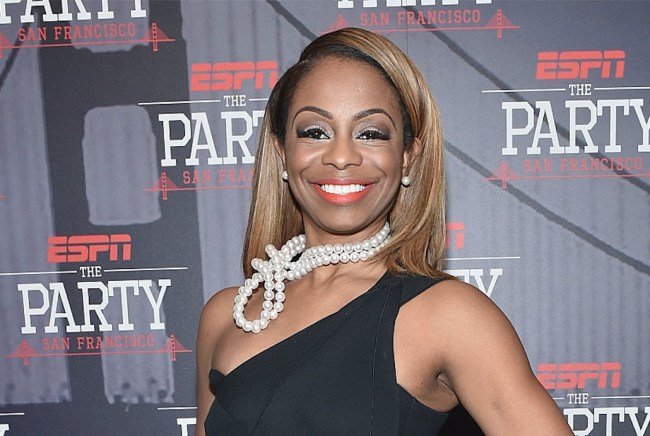 ESPN NFL reporter Josina Anderson has had quite a 48-hour stretch on the old Twitter machine.

Just moments after the Mason Rudolph – Myles Garrett brawl on Thursday night, Anderson tweeted in the defense of Garrett, who in case you missed it ripped Rudolph’s helmet off and hit him in the skull with it.

Once it’s posted on the internet, it’s there forever pic.twitter.com/0D1e5gSHn4

Anderson later deleted the tweet, but it’s not the best of looks.

It’s not completely clear on what Anderson is implying with ‘something egregious’, but people are going to read that and take it for what they want to take it as.

Well, on Saturday morning Anderson decided to pretty much double-down on her ‘Mason Rudolph is the bad man here’ take and tweeted out a bogus screenshot that someone created on their phone appearing to show Rudolph grabbing Garrett’s groin.

Not only was it a photo and a few words about Rudolph, but she brought a hypothetical into it about ‘a female’s private parts’ and assault.

@JosinaAnderson IS THE WORST – Fox News should hire her pic.twitter.com/x8HOU0FVw0

Anderson went on to delete this tweet, but as we all know the Internet does not forget.

In the full video of the brawl, it doesn’t appear as if Rudolph went after Garrett’s groin.

It’s always quite the scene when a huge personality in the sports media world falls for a bogus photo or report and then goes all-in with it and Anderson certainly went all-in on this particular one.

Following going 0-for-2 on Twitter over the last couple of days Anderson decided to address her mistake in posting the photo.

Mistakes need to be owned, and I will own mine here. With the benefit of additional angles, it's clear my tweet misinterpreted one of the photos taken during the brawl. That's my fault, I apologize. My goal is to always be completely accurate and fair.

As I noted, that tweet was a mistake, as such it's removed from my timeline.

It may be removed from her timeline, but as you know tweets live on forever and the folks on Twitter aren’t too happy with Anderson’s questionable posts.