J.R. Smith Drops The Pipe On Woman On Instagram Who Mocked Him After Being Waived By The Cavs 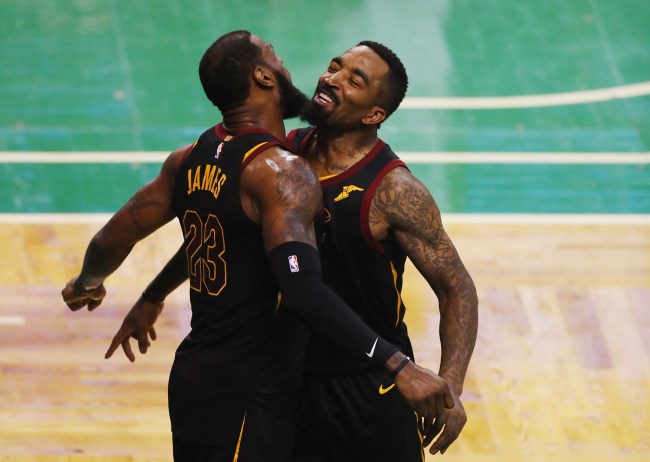 -I’d like to report a fatality on the internet streets.

-Ok, calm down, sir. Who is the perpetrator and what was his weapon of choice?

-Ah, a serial offender. We’ll send a dispatcher to retrieve the body.

-Bring a few of them.

Above is the transcription of the call made after J.R. Smith laid waste to a woman who mocked him after the shooting guard was waived by the Cleveland Cavaliers on Monday. The 15-year veteran will now become an unrestricted free agent once he clears waivers, but it may be difficult for the 33-year-old to find a new home after the Cavs shut him down after just 11 games this past season because “he wasn’t happy with his role and the Cavaliers didn’t want him to be a negative influence on their young players.”

The 33-year-old posted an Instagram photo donning a Cavs warm up jersey, accompanied with the peace sign emoji, to bid farewell to the citizens of the Mistake on the Lake.

Former teammate Jeff Green made a prickly comment towards the Cavs organization on the post before a random woman sent a snarky warning to J.R. not to “chase” LeBron to Los Angeles.

That is when Smith dropped the pipe.

“You stop chasing the ice cream truck,” Smith quipped back, seemingly making fun of the woman’s figure from her profile picture. And just like that, justice has been served.

The NBA is so petty and I need it like air to breathe.