J. R. Smith Had The Best Reaction To Learning He Posted A 4.0 GPA In His First College Semester 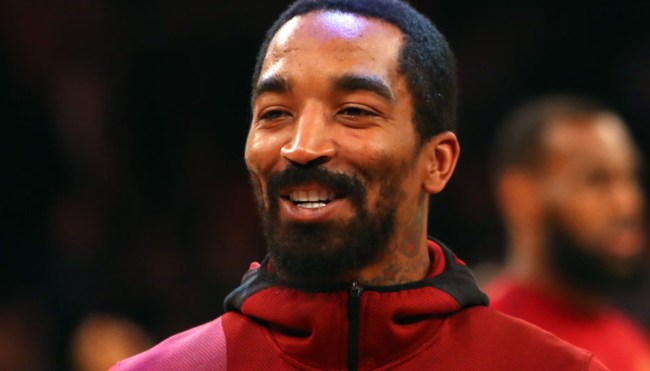 It’s always nice to find some sunshine in the decidedly gloomy news cycle we’ve been subjected to over the past couple of years, and I don’t think there’s a single storyline I’ve managed to derive more enjoyment out of than J.R. Smith heading off for his first semester in college at the age of 36.

Smith was one of the many high school prospects who opted to make the jump directly to the NBA in the early 2000s before the league tweaked its rules to require players to take a gap year. That decision worked out pretty well for him, as he racked up a couple of titles and around $90 million over the course of an 18-season career that came to an end in 2020.

Over the summer, we learned Smith had decided to enroll as a student at North Carolina A&T State University (where he also joined the school’s golf team). The freshman provided the world with plenty of entertaining updates over the course of his first semester as he works toward earning a liberal arts degree, and it appears he’s well on his way to achieving that goal based on his latest post.

On Tuesday, Smith hopped on Instagram to take a well-deserved victory lap after learning he managed to post a perfect 4.0 GPA after completing his first slate of classes.

Monday through Friday. 8 to 11. Sometimes longer. Straight schoolwork when you’re not used to going to school and doing all of that s—t? Oh man. This s—t is heavy.

Especially when you don’t think you can do it; you always hear about your disabilities and all of this s—t. It plays a part in why you can’t think the way you want to…and still being able to achieve that s—t? That s—t right there? I’m happy about that one.”

Smith might not actually enjoy the taste of Hennessey as plenty of memes would lead you to believe, but I think he’s earned the right to pop a bottle of champagne to celebrate this one.