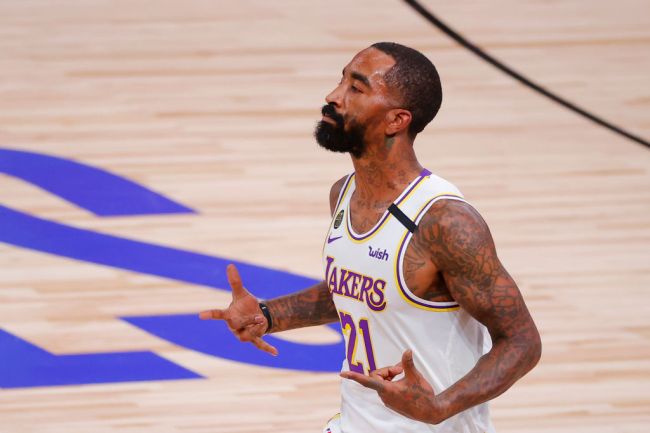 The Brooklyn Nets announced earlier this week that Kyrie Irving will not play or practice with the team until he is a full participant. This means that either Irving must get the COVID-19 vaccine or wait until New York City cancels its vaccine mandate.

Right now, both of those things happening seems extremely unlikely for the near future.

Shortly after the Nets made their decision, it was reported that Smith isn’t anti-vaccine, instead, he is upset that people are losing their jobs due to vaccine mandates.

Irving jumped on Instagram live in front of over 100,000 viewers on Wednesday and further explained his stance. He said that his refusal to get vaccinated was on the grounds of “rocking with all those who have lost their jobs to this mandate.”

JR Smith – former NBA sharpshooter and now a collegiate golfer – woke up on Thursday and tweeted in support of Irving.

Smith tweeting a GIF that says “if we support one another, we rise together” reiterates that there are other current and former athletes out there that share the same beliefs as Irving.

The majority of folks on Twitter weren’t a fan of Smith’s message: