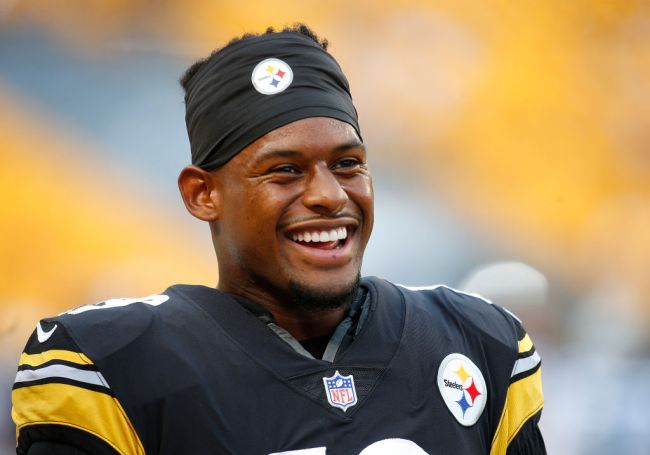 JuJu Smith-Schuster was one of the most sought-after players during NFL free agency this offseason before ultimately deciding to return to the Steelers on a one-year deal. Teams around the league were certainly in contact with him trying to convince him to sign with their squad and it sounds like Andy Reid and the Chiefs tried mightily to get JuJu to come to Kansas City.

According to Smith-Schuster himself, if the Steelers didn’t decide to give him another contract, he would have signed with the Chiefs. He also revealed that Reid was sending him random pictures of the Lombardi Trophy in an attempt to get him to Kansas City.

“Andy Reid was just calling me and he was sending me Lombardi Trophy pictures, like constantly,” Smith-Schuster said on The Michael Irvin Podcast. “We had a good talk, so it would have been KC after the Steelers. Like, he texted [pictures] to me while I was trying to make a decision, and you know I have so much respect for him and his team, so yeah.”

It’s hysterical to imagine Reid just chilling in his office, or better yet, laid out on his couch just firing off pictures to Smith-Schuster of the Lombardi Trophy. ‘Hey man, want one of these? Come to KC!’

Smith-Schuster received better contract offers from teams around the league, but was adamant on returning to Pittsburgh and inked a new one-year, $8 million deal.

Giving Patrick Mahomes and that Chiefs offense yet another weapon in the form of Smith-Schuster would have been something.