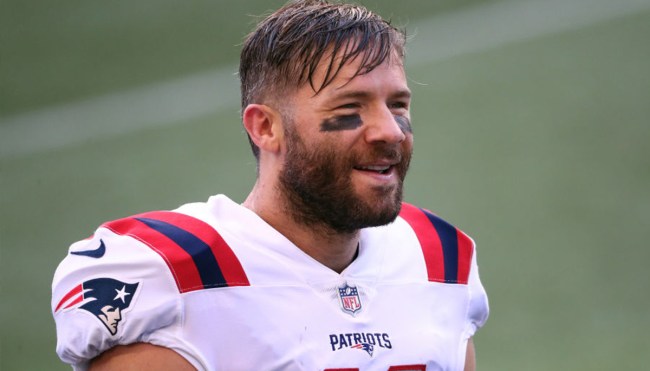 Thanks to the power of the internet, April 1st has slowly but surely transformed into a day that’s dark and full of terrors in the form of the fake products brands “roll out” whenever the date rolls around each year in addition to the many other groan-inducing pranks you’ll likely encounter over the course of your online travels.

I don’t necessarily consider myself an April Fools’ Day Hater, but I don’t think I’m alone when it comes to being annoyed with the constant vigilance required to avoid befalling one of the most embarrassing fates a person can suffer in this day and age: falling for fake news.

On Friday, plenty of people did exactly that courtesy of Julian Edelman, as the man who played 12 seasons alongside Tom Brady in New England before retiring appeared to shock the NFL world when he announced his plans to lace up his cleats yet again and reunite with his old teammate as the newest member of the Tampa Bay Buccanneers.

The graphic that Edelman posted to reveal the next chapter in his career did feature a tiny disclaimer in the bottom right corner that clarified the announcement was in fact an April Fools’ Day joke.

However, plenty of people—including a number of Patriots fans who were not thrilled with this apparent betrayal of a man who pledged he was “Foxboro Forever” when he stepped away from the game last year—didn’t take the time to read the fine print in the angry responses I’ve screenshotted for posterity in case they get deleted after getting ratioed. 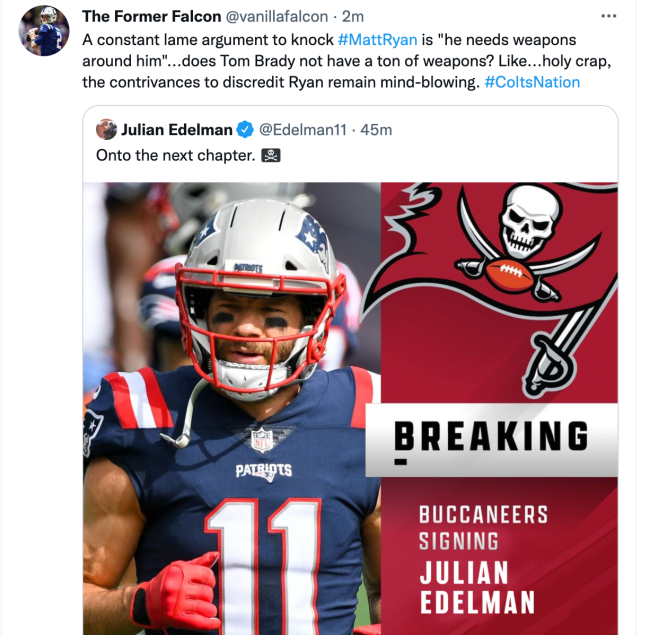 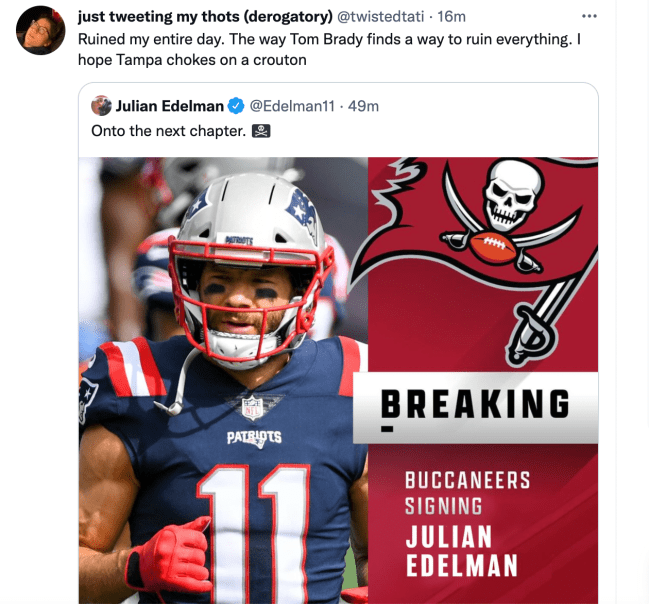 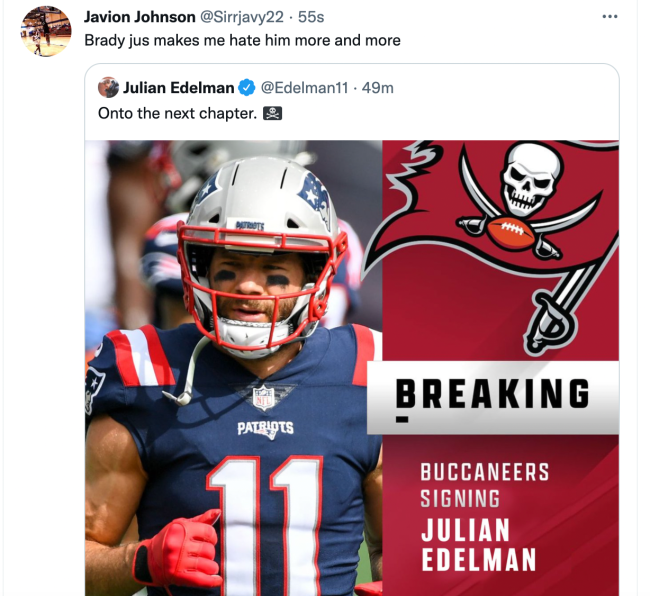