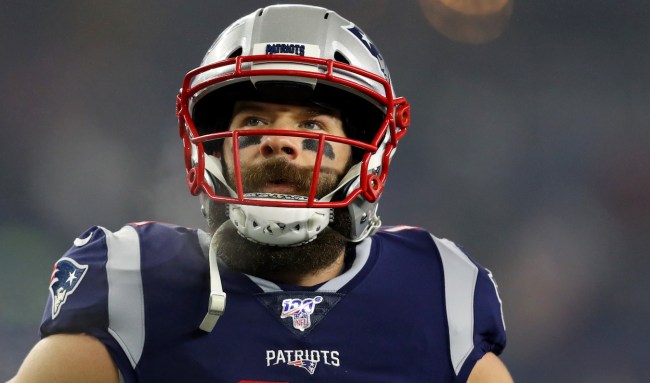 Edelman is Jewish and Jackson has been in some extremely hot water after posting an anti-Semitic quote attributed to Hitler earlier this week.

Edelman goes on to say that he has experienced some hate on the field for being Jewish before explaining that he’d like Jackson to “listen, learn, and act.” The Pats wide receiver says that he wants to take Jackson on a trip to D.C. to visit The United States Holocaust Memorial Museum and then have Jackson take him to the National Museum of African American History and Culture.

Following the two museum visits, Edelman says they can then have an ‘uncomfortable conversation.’

It’s hard not to appreciate everything Edelman said in his video. This is the perfect response to an uncomfortable situation; a response that involves listening, learning, and action.

Jackson has since apologized for his anti-Semitic Instagram post and the Eagles have released a statement about his actions as well. The organization has not made any sort of disciplinary decision about Jackson.