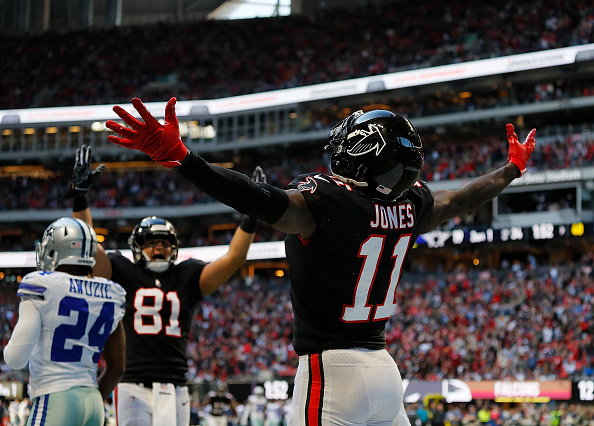 It seems like Antonio Brown is going to get his wish and will eventually get traded from the Pittsburgh Steelers this offseason.

Just a few weeks after reports of tension between AB and QB Ben Roethlisberger, Steelers President Art Rooney pretty much confirmed that he didn’t envision Brown being on the team before training camp.

BREAKING: Steelers president Art Rooney II said he s not going to release Antonio Brown, but “all other options are on the table.” He would not say Steelers are going to trade their All-Pro receiver, but left no doubt that is a strong possibility. Story coming soon on PG site.

After Rooney’s comments went viral, online sportsbook MyBookie.ag put out odds on which team is most likely to trade for Brown and the Falcons were at the top of the list.

This afternoon TMZ caught up with Falcons star wide receiver Julio Jones and he didn’t seem to receptive about the team trading for Antonio Brown.

How dope would a 1-2 punch of Julio Jones and Antonio Brown look in Atlanta?!?!

Not that dope … according to Julio himself — who tells TMZ Sports he and the Falcons actually don’t want to see that at all.

“Nah, man. We tight over here. We good over here.”