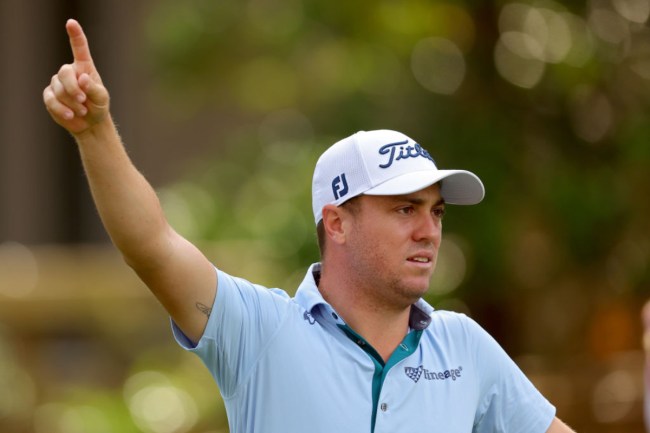 You could say that the battle between the PGA Tour and the Saudi-backed LIV Golf Invitational Series officially began on Tuesday when the Tour denied players permission to play in LIV’s inaugural event next month.

The PGA Tour doesn’t own its players, so players that want to play in LIV’s first event still can, but there will undoubtedly be consequences. It’s been rumored that PGA Tour players that do elect to tee it up in an event on the rival circuit could receive a lifetime ban from the Tour.

The Tour denying players permission to play in LIV Golf’s first event sends the clear message that it sees the rival tour as just that, a rival tour.

Players that may have an interest in playing in a LIV Golf event now face an ultimatum.

For Justin Thomas, he’s just sick of hearing about certain players being on the fence.

“It’s like, if you want to go, go,” Thomas told Golf Channel ahead of this week’s AT&T Byron Nelson.

“There’s been plenty of guys that have been advocates of it and have talked about it all the time, and there’s been guys behind the scenes that are saying, I’m going, I’m doing this. And my whole thing is: Just go then. Stop being back and forth. Everybody’s entitled to do what they want.”

PGA Tour Denying Players Permission A Bit Of A Surprise

The Tour denying players waivers to play in LIV’s first event is more of a surprise than not.

Most assumed that players would be granted permission to play in the first event seeing as how it’s being held in London. Things were expected to come to a head in July when the first LIV Golf event is scheduled to be played in the United States.

The PGA Tour coming to this decision ahead of LIV Golf’s first event shows that it’s officially planting its flag saying it wants nothing to do with the Saudi-funded circuit.