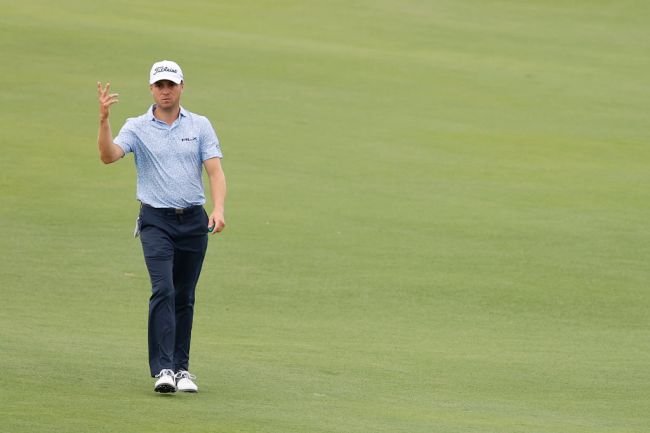 During the third round of last week’s Sentry Tournament of Champions, Justin Thomas was caught saying a homophobic slur after missing a par putt. Now, one of his top sponsors, Polo Ralph Lauren, has ‘discontinued’ their sponsorship with the No. 3 golfer in the world.

“We are disheartened by Mr. Thomas’s recent language, which is entirely inconsistent with our values,” Ralph Lauren’s statement noted. “While we acknowledge that he has apologized and recognizes the severity of his words, he is a paid ambassador of our brand and his actions conflict with the inclusive culture that we strive to uphold.

In reflection on the responsibility we have to all of our stakeholders, we have decided to discontinue our sponsorhip of Mr. Thomas at this time.”

Following the third round, Thomas apologized for using the slur.

“I screwed up,” Thomas told Golf Digest. “I have to be better. I will be better. I deeply apologize to everybody and anybody who was offended. It’s embarrassing. That’s not me and it’s inexcusable, there’s no excuse. I’m an adult and there’s no place for that. It doesn’t matter who you are, no one’s above that. I have no excuse.”

It’s worth noting that Ralph Lauren’s statement did state “our hope is that Mr. Thomas does the hard and necessary work in order to partner with us again.” That wording seems to indicate that this could be more of a suspension instead of a complete parting of ways between Thomas and Ralph Lauren.

JT and Ralph Lauren have been synonymous with one another for many years now as he’s certainly been their top PGA Tour player.

Thomas finished third at the Tournament of Champions. Following his final round on Sunday, Thomas admitted that golf wasn’t the only thing on his mind stating “I clearly screwed up. I made a terrible, terrible judgment call.”