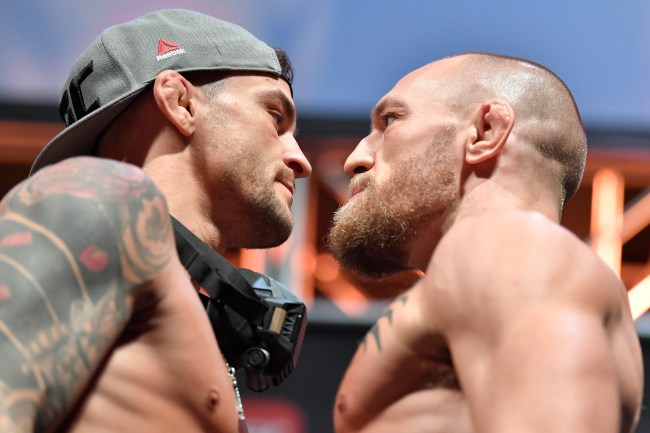 UFC 264 may be on life support and the world could be robbed of a trilogy fight between Conor McGregor and Dustin Poirier scheduled for July 10th, all because Conor is being a notorious meiser.

The fighters traded online barbs this week over a $500,000 unpaid debt McGregor agreed to donate to Poirier’s charity—The Good Fight Foundation. The funds were intended to be used to build a gym for disadvantaged youth in Poirier’s hometown of Lafayette, Louisiana, but McGregor reportedly went quiet after Poirier and his team made several attempts to reach out.

McGregor claimed he was waiting for intel on how the funds would be used “dot for dot” before wiring over the cash, calling Poirier a “fool” with “no plan in place” for such a large donation.

Former UFC fighter and philanthropist Justin Wren, whose charity Fight For The Forgotten has done amazing work helping impoverished communities in Africa, spoke with TMZ about the saga and called McGregor’s character into question.

“Dustin is an honorable man, a good character, who’s a family man, who has literally done everything he ever said he was gonna do and more … and the other guy hasn’t followed through on a lot of the things that he has said. So, I think that this really calls Conor’s character into question even more so than it’s already been.”

“I think that this has really changed Dustin’s opinion on who Conor is as a person. He’s not a good guy.”

Wren adds, “Conor didn’t rob Dustin of anything. What he did was he cheated or stole from the people he would’ve helped.”

Wren wrapped up with a message to McGregor — saying, “Look deep into your heart brother and see if this is the right thing to do or not.”

Conor appears to be unfazed.