6-5, 260LB Defensive End Goes Viral Because He’s About To Be A Freshman… In High School 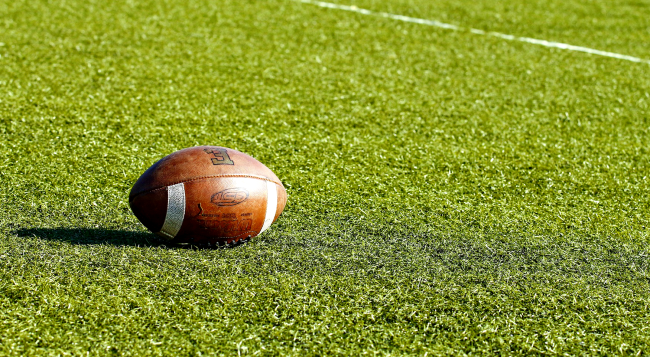 Normally, no one but the hardest of hardcore youth football fans would know any player at that age level. However, Manchester, Georgia middle schooler Justus “Jay” Terry is anything but normal.

Standing 6-foot-5 and weighing in at 260 pounds, Justus Terry has just completed the 8th grade. No, that is not a typo. Justus Terry is a 6-foot-5, 260 pound 8th grade defensive lineman.

And with one tweet this week, the young man went viral.

“After tonights workout I’m ready to start my freshman year at Manchester High School! 9th Grade Im Coming,” Terry wrote on Twitter, sending a shiver down the spines of every kid who who has to play offense against him next season. Dude is scary.

Based on some scouting services, Teryry was the number one rated middle school football player in 2020. He will be suiting up for the Manchester High School Blue Devils this fall.

I don’t stop at middle schools too often, but when you have an 8th grader at 6-5/240, and people all over are raving about his attitude and ability, I had to make that stop in Manchester, Ga. You will be hearing A LOT about Justus Terry, a 2025 DL, in the near future. pic.twitter.com/qpzl5qfJDK

Last November, Terry was the first player selected for the South Georgia FBU All Star Team and had a visit from Rivals.com.

Needless to say, people on social media were left gobsmacked by Terry’s incredible size and athleticism for an 8th grader, who according to folks claiming to be his family on Twitter say is only 14-years-old!

Jay is going to 9th grade..I know him and his mother. He hasn't been held back either..very intelligent young man.

Imagine after Math class you gotta try and stop him 💀

Oh, it’s a guarantee that Nick Saban already has Justus Terry on his radar. You can count on that.