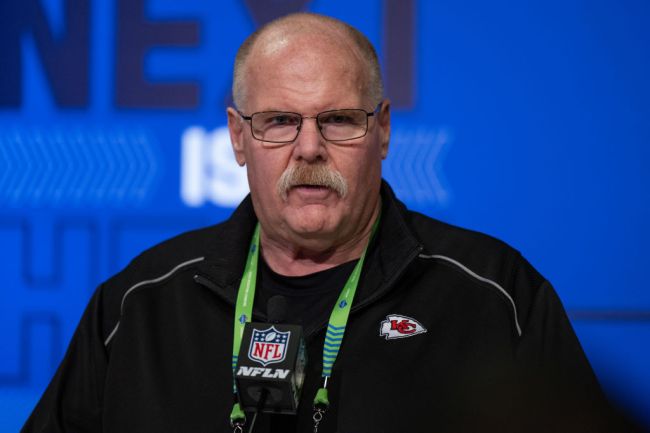 After trading Tyreek Hill earlier this offseason, it was expected that the Kansas City Chiefs would make a move to try and replace him. Even after signing Marquez Valdes-Scantling, it was reported that the Chiefs were still not satisfied with their receiving corps.

That made it very likely that they would find another receiver through this year’s draft with one of the two first round picks they now own. It turns out, the player they want may cost them both of those first rounders.

According to Kansas City radio station 610 Sports Radio’s Fescoe In The Morning, they could be looking to make a massive draft pick trade to land Hill’s replacement.

Rumor: #Chiefs looking to trade up into the Top 10 to draft a wide receiver.

“I got a call last night from somebody who floated this rumor out that they heard about the Chiefs,” Fescoe said. “And it was that the Chiefs trading both 1’s and their second-round picks — whether it’s 40 or 50, depending on how high they want to move up — to get to around Top 5 in the Draft. Now to get to Top 5 in the Draft, they would have to trade their two 1’s and that first second-round pick. If they want to get to 7-8 in the Draft, they can trade their two 1’s and their second second-round pick and move up to there. And the target, from what I heard yesterday, appears to be Garrett Wilson, the wide receiver out of Ohio State.”

I understand the thought behind this. The Chiefs just traded a massive piece of their offensive, so they’re going to do what they can to replace him in this draft. However, there is one big issue here. The move would require the Chiefs to give up a first round pick more than they got for Hill.

If this was the biggest need for the Chiefs, it would make a bit more sense, but they definitely have bigger needs. Patrick Mahomes still has Juju Smith-Schuster, Travis Kelce, Marquez Valdes-Scantling, and Mecole Hardman to throw to. He’ll be alright.

The bigger concern should be the Chiefs defense, which gave up 30 or more points on 6 separate occasions last season and will have to face an AFC that has become even more talented on offense this offseason.

The best move for the Chiefs here is to use one of those first rounders on the top receiver available and use the rest of that draft capital to improve the defense. Otherwise whatever receiver they trade up for will need to be ready to put up WR1 numbers right away because the Chiefs will be giving up some points this season.